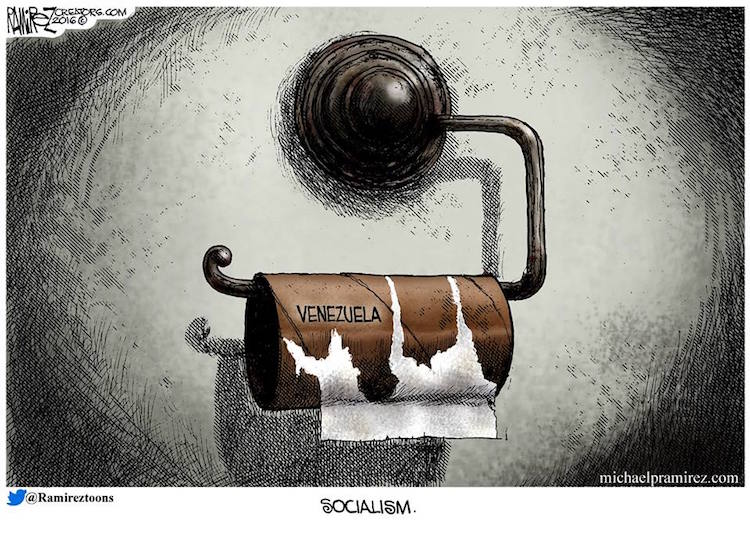 Seth Connell reports that there has been a major controversy over the staggering price increase of the EpiPen, a portable drug injection syringe that delivers live-saving epinephrine during a severe allergic reaction.

The maker of the device, Mylan, has been sharply criticized in recent days for this dramatic increase in price, as people literally have their lives depending on the availability of the drug. Since 2009, the drug’s price has increased from $100 to $600.

If it becomes too expensive for someone to afford, and they have a severe allergic reaction, he/she could die from not being treated in time.

Hillary Clinton was one of the most vocal critics of the price spike, slamming Mylan for the increase that will hurt consumers.

Bernie Sanders also chimed in on the issue.

There's no reason an EpiPen, which costs Mylan just a few dollars to make, should cost families more than $600. https://t.co/rVWUlMxD0Q

Now is what Hillary and Bernie are saying here a legitimate issue? Believe it or not, it is legitimate. The cost of life-saving medication is something that concerns every single person who relies on that medication.

However, what is likely not legitimate is their solution to the problem. As progressives, and even straight up socialists, they’re just calling for government investigation and more intervention.

Related: What Elizabeth Warren Just Doesn’t Get About Taxes

What’s the obvious problem here? There’s already enough government red tape in the medical sector of the economy. Further government control of the medical market will only make greater problems later on down the road.

More specifically though, there is a reason why Mylan was able to raise the price of the EpiPen to insanely high levels, and that reason is not due to the free market.

Mylan was able to increase the price of the EpiPen because they hold a government enforced monopoly of the product.

That’s right, the government, to whom everybody is complaining, is creating the conditions under which Mylan can raise the price to literally whatever they want, and consumers have no choice but to buy.

This is not a result of the free market, but of government enforced monopoly and cronyism.

As Jay Stooksberry of the Foundation for Economic Education (FEE) reports:

In what other markets can a business jack up its prices without alienating its customers and pushing them toward competitors? Answer: when that market has no other competitors. Emily Willingham of Forbes explained it aptly with a recent article titled, “Why Did Mylan Hike EpiPen Prices 400%? Because They Could.”

But surely a new business will take advantage of this public relations debacle, enter the market, and offer a more affordable option, right?

Unfortunately – and as no surprise to libertarians and free market advocates – federal regulators continue to buffer the padding that surrounds Mylan’s monopoly. Shortly after the Auvi-Q recall, Teva Pharmaceutical Industries pitched a generic version of the EpiPen. However, the Food and Drug Administration (FDA) squashed their efforts, citing “major deficiencies” in their application. Teva plans to appeal the decision, but won’t be able to effectively move forward until 2017 at the earliest.

Once again, we find that government is not the solution, but the problem. There IS another option for EpiPen users that has been developed, but federal regulators at the FDA will not allow it through.
Why? Probably because cronyism is running rampant at the FDA, and it is profitable for both Mylan and the FDA to keep a monopoly enforced.

There are innumerable drugs that have been developed that could save and improve lives, but the FDA acts as the gatekeeper for most prescription drugs.

If you need further convincing that the FDA impedes the market, consider the following:

• The average time it takes for a drug to go from the lab to the medicine cabinet is 12 years
• Only 1 in 5,000 new drugs will make it through the FDA approval
• Based on the regulatory burden of creating new medicine, the average price tag for research and development for a new compound is $2.6 billion

Now, granted, there are technically some other options available to consumers who need it. What’s actually monopolized is the EpiPen’s injection system which is highly preferable to other methods. Epinephrine is available for a rather cheap dollar amount, but this device that so many have come to prefer for portable emergency carry is what is causing the controversy.

The solution to this monopoly of the EpiPen is not price controls, as Hillary and Bernie imply. Price controls only cause shortages, and create even worse situations than high prices alone. The real solution is to allow the free market to work, and for generic options of the EpiPen to be sold at the drug store.

Related: Truth About Big Pharma, The EpiPen and The Democrat Party

Monopolies rarely happen in a truly free market system. But where people with fistfuls of money see government regulators they can bribe to rig the market in their favor. The FDA is the problem here; Mylan’s actions are simply symptoms of a greater issue that is rooted in out of control government.
One option that is viable would be the creation of a private organization that verifies the safety and effectiveness of newly developed drugs. Some will say, “oh they’ll just be bought out by some corporation.”

And the feds won’t? If you think that, obviously you are not paying attention.

Is this idea so outlandish? Not really, similar vetting agencies exist in the private sector. UL is one of the most commonly seen safety ratings companies in the world. Some people (like my mother) always ask if an electronic product is UL rated.

And you know what? We have safe electronic devices, and UL listing further verifies the safety of said product. UL is not a government agency. It is a private organization that clears electronic products as being safe for sale to consumers.

There’s absolutely no reason why there cannot be a private sector version of the FDA that would have a smoother approval process, and be less prone to monopoly-creation. There is a better option than what Hillary and Bernie want. We should choose it.