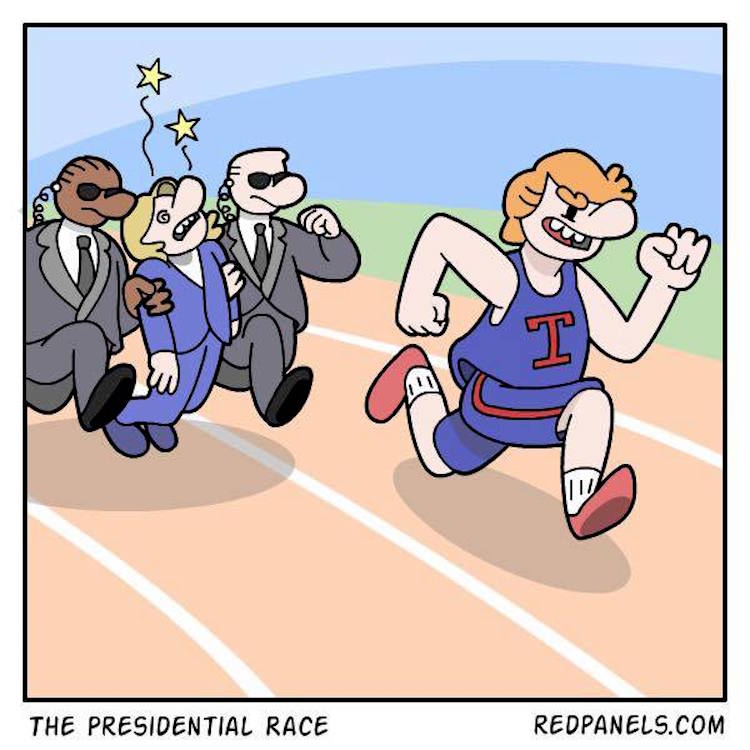 Robert Gehl writes that Hillary Clinton’s ideas are so old, so stale and so stupid, she can’t even get her supporters to buy her book.

Her campaign propaganda piece “Stronger Together,” has sold precisely 2,912 copies in its first week in print, The New York Times is reporting.

In the book industry, the first week of sales usually accounts for about one-third of total sales. If that’s true, Clinton looks to sell about 8,800 copies total.

This is shockingly bad, even by Hillary’s bad standards. Clinton’s 2014 drivel, Hard Choices, sold more than 85,000 the first week and the 2003 memoir Living History sold more than a half-million copies in its first week.

In 2006, Senator Barack Obama published “The Audacity of Hope,” which laid out his vision for the country. In February 2008, when Mr. Obama’s campaign for the Democratic presidential nomination against Mrs. Clinton gained momentum, the book averaged sales of more than 35,000 a week.

Others cash in after an election. Sarah Palin’s “Going Rogue: An American Life” sold 469,000 copies in its first week in November 2009.

Even with a promise that all proceeds would go to charity, Hillary and Tim Kaine’s book still isn’t selling. (No word on which charity, but does anybody think it might be the Clinton Foundation? Eh?)

Stronger Together is co-authored by Kaine, Clinton’s running mate, and “presents [their] agenda in full, relating stories from the American people and outlining the Clinton/Kaine campaign’s plans on everything from apprenticeships to the Zika virus,” the Amazon description says.

RELATED: Obama And Hillary's Utter Failure With Russia Summed Up By One Cartoon

Of 199 reviews, the book has an average of 1.6 out of five stars. One reviewer was particularly hilarious:

I was pretty disappointed with this book. When the subject of the book is one of greatest criminals in American history I was really hoping for more.

Anyone can be a criminal, but how do you become the GREATEST criminal? that is what readers really want to know.

A step-by-step guide on how to monetize political influence, how to flaunt criminal behavior and even daringly project ones own criminal behavior onto other people — specifically other political opponents — is what I, and I think I can speak for everyone, would really want from Hillary.

For example, How do I get the head of the FBI to conjure up non-existent legal standards for my law breaking? What kind of dirt do I need on the FBI for the head of the organization to lie under oath about the need for “intent” to mishandle classified information when an intent requirement is nowhere to be found for this law? Furthermore, how do I get the FBI director to look the other way from the obvious intent of setting up the server in the first place, telling staffers to remove classified headings, telling the company monitoring my server to use bleachbit to delete all the emails AFTER getting a subpoena? This is truly groundbreaking criminal excellence that needs to be explained and shared. Hillary claims to be about fairness so her keeping all these tips to herself isn’t very “fair” to the rest of us aspiring criminals.

How about a step-by-step explanation for how I can project my illegal dealings with the Russians into a negative narrative for my political opponent? Hillary was able to sell 25% of an American strategic mineral (uranium) while coincidentally receiving a large donation to her foundation from people associated to the deal and the Russian company purchasing the large stake of US uranium, but that is not all! Hillary’s husband went to Russia to give an AMAZING speech at a russian gov owned bank, I don’t really know if it was amazing but I imagine it had to be for them to be willing to pay hundreds of thousands of dollars for a 45-90 min speech wink wink. Yet despite all this obviously nefarious and clearly dangerous for US Nat security behavior Hillary has successfully been able to shift her Russian ties onto her political opponent, another incredible feat!

How is it done?

How can we do it?

5 stars when I can get those answers!