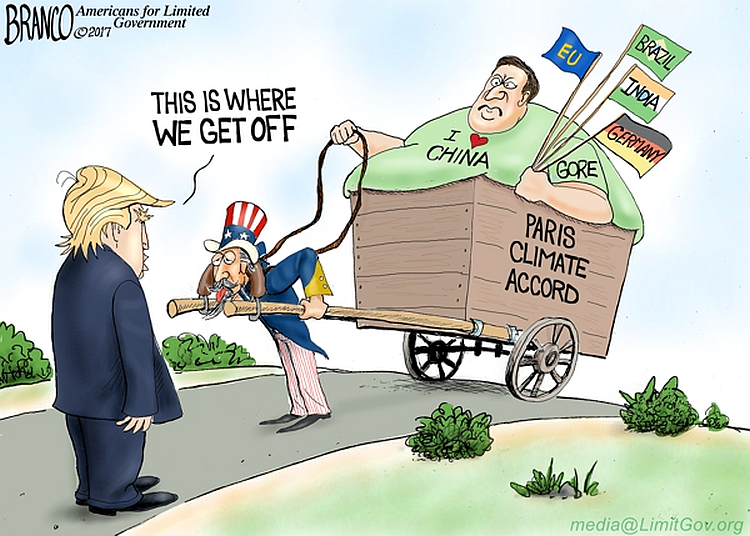 Donald Trump wants the U.S. out of the Paris Climate Accords, but that doesn’t mean it’s going to crumble. They’re still trying to make it happen.

Bloomberg is pledging $15 million to the U.N. agency which means to curb climate change.

“Americans will honor and fulfill the Paris Agreement by leading from the bottom up — and there isn’t anything Washington can do to stop us,” said Bloomberg, the former New York City mayor who now serves as the U.N.’s special envoy on cities and climate change.

“Mayors, governors, and business leaders from both political parties are signing [on to] a statement of support that we will submit to the U.N.,” Bloomberg said, “and together, we will reach the emission reduction goals the U.S. made in Paris in 2015.”

Dozens of cities have said they are committed to the Paris climate accord, with at least 86 mayors signing a statement saying they will adopt and uphold the agreement’s goals.

Thank you Trump. You have provoked an unparalleled wave of support for Paris and determined resolve on climate action. Deeply grateful.

Figueres was careful to express gratitude for Bloomberg’s pledge while stressing that government funding is  still “central” to the agency’s work.

“While funding from governments remains central to our work,” Figueres said in a press release. “This kind of support is crucial for the work of the Secretariat to assist nations in their efforts to implement their commitments under the Paris Climate Change Agreement.

Of course, it’s not a problem for Trump if his decision spurred private donations from the U.S. to the Paris Agreement.

To think that this would be an annoyance to the President is a total misunderstanding of the point that the U.S. ought not spend tax money to willingly restrict itself by someone else’s rules.