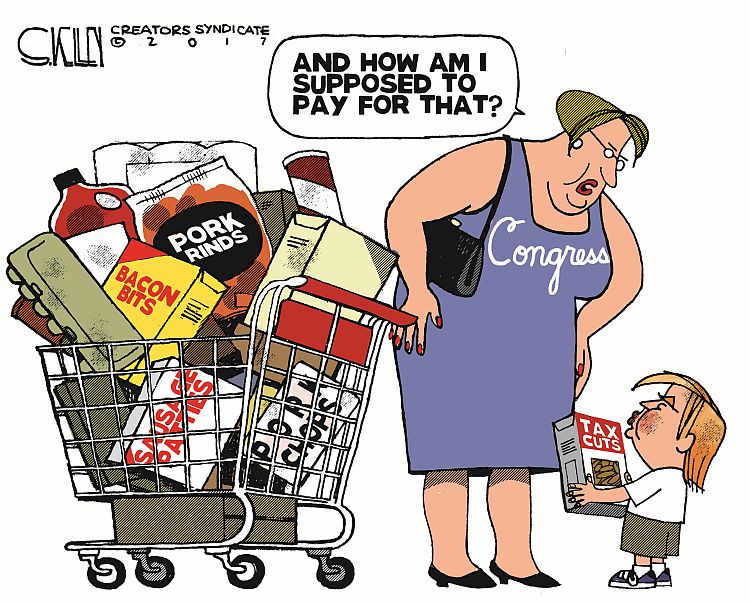 Brian Thomas reports that it turns out that Donald Trump’s tax plan receives huge support from millennials, who apparently don’t know how conservative they are.

Campus Reform recently spoke to students at George Washington University, asking them what they thought of the president’s plans for tax reform.

Not surprisingly, the millennials hated it.

“It’s better for the upper class than anyone else,” one student said.

“Horrible for the middle class, especially the lower class,” said another.

Student after student said their feelings for GOP tax reform were negative. Until they were asked about a “compassionate alternative” plan. Campus Reform told students all about Trump’s tax reform, but were told that the ideas were from Bernie Sanders.

Students were asked about increasing child tax credits, which give money back to families when they have children. They were also asked about the elimination of the estate tax, or death tax, and tax cuts for small businesses.

When the students thought the tax reform plans came from Bernie Sanders, they were in favor of each part proposed by GOP tax reform.

“I think it’s pretty good,” one student said. “Definitely better than whatever Trump was proposing. I would make that leap.”

Students admitted that they opposed Trump’s tax plans without knowing what the plans were.

Many students were surprised that Bernie Sanders didn’t endorse the plans outlined during their interviews. Several were happily surprised.

“People, once they hear Trump or Republican, they think they suck no matter what,” one student admitted.

It’s interesting that so many students opposed tax reform without knowing anything about it. Based entirely on bias, several students couldn’t believe that they’d just agreed with President Trump.

“I think people, just because of the name, start to think things automatically,” a student claimed. “Also, because people go to the same news sources, the same media, it makes it tough to get other points of views.”

That’s very true. Many liberal millennials love speaking out against Trump. So when they hear about Trump’s tax reform, they oppose it, no matter what. Telling them that the plan is Sanders’ allowed people to get past their own assumptions and actually look at the individual parts of the plan.

Without Trump’s name attached to it, students could break through their bias and simply ask themselves if they agreed with the tax proposals.

It turns out, even young leftists can be conservative at heart. Or at least agree with plans that are simply good for Americans, across party lines.

Other students were skeptical.

One student admitted that her thoughts are negative when she thinks of Trump, and said that the tax plan is “definitely something that needs to be looked over.”

At least she’ll actually look at it now and decide for herself, rather than trusting her established opinion that liberals come up with “good” ideas while conservatives come up with bad ones.

So, as it turns out, millennials love Trump’s tax proposals, so long as they don’t know they’re Trump’s.