This week’s edition of the impeachment game has been quite the circus.

Democrats basically railroaded two extremely weak Articles of Impeachment through the House Judiciary Committee on a strictly partly line vote and made fools of themselves.

Next week the full House will vote with Democrats most likely to vote for impeachment without a single Republican vote.

Here is this week in the Democrat’s mad rush to impeachment summed up by 9 hilarious and savage cartoons: 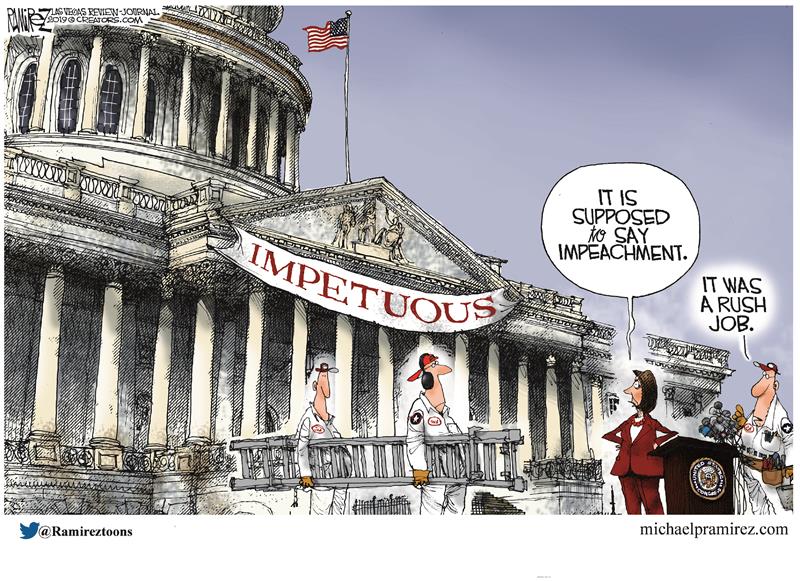 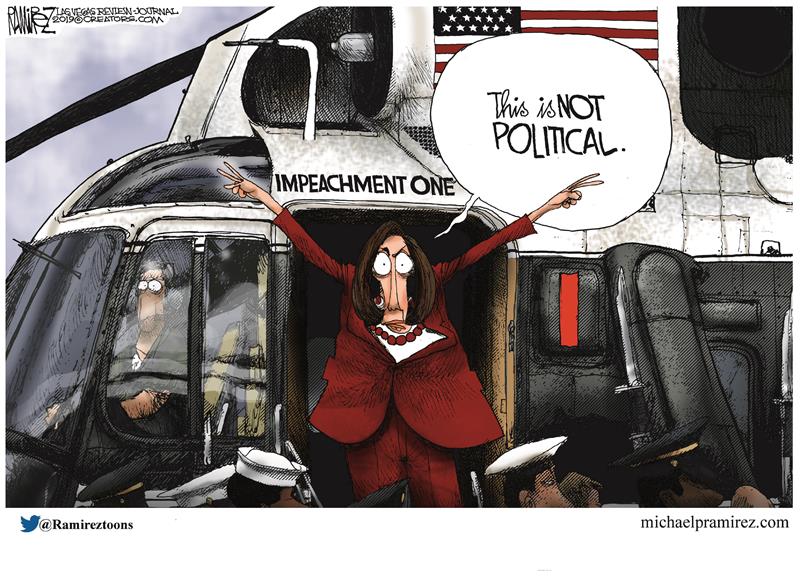 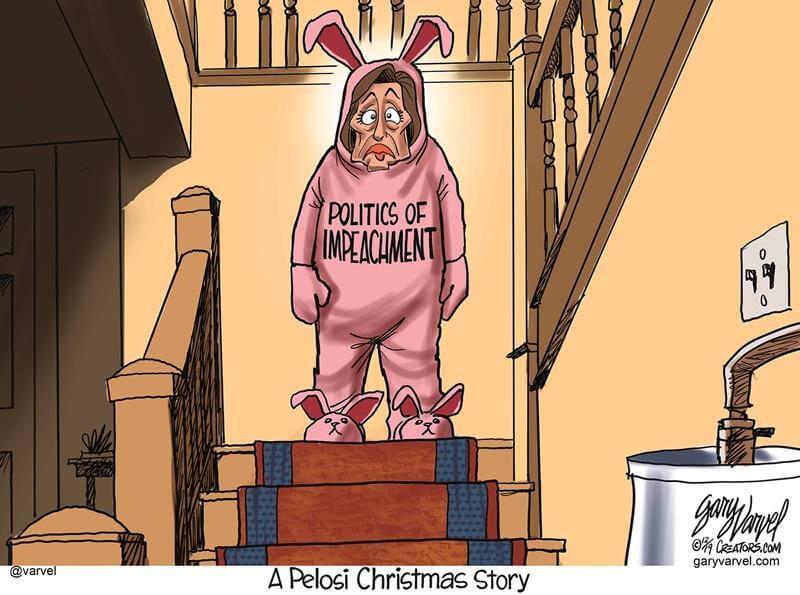 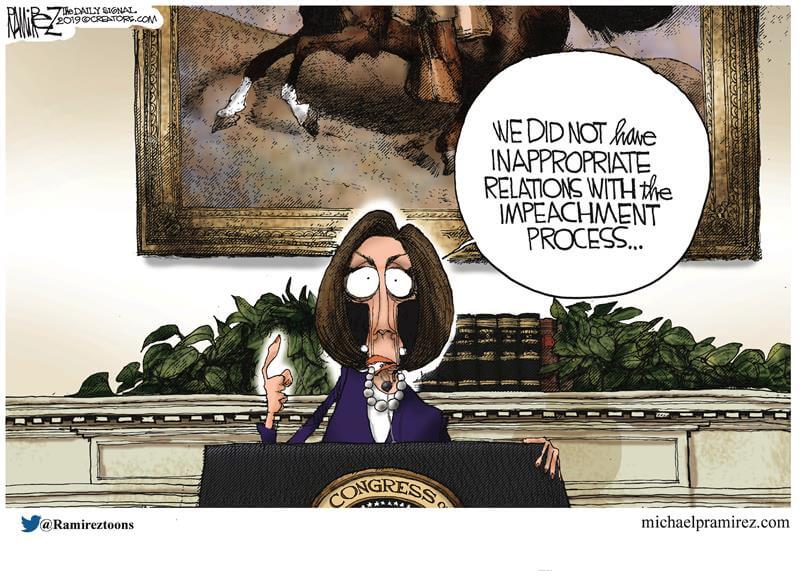 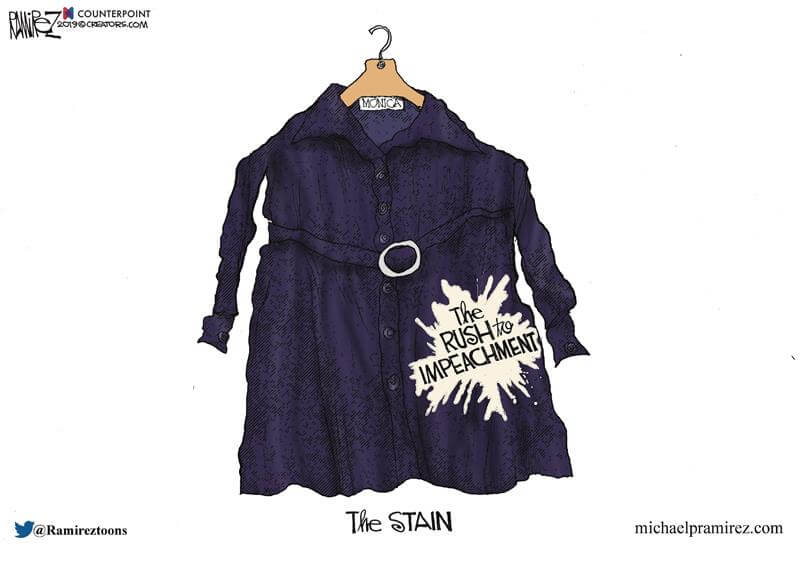 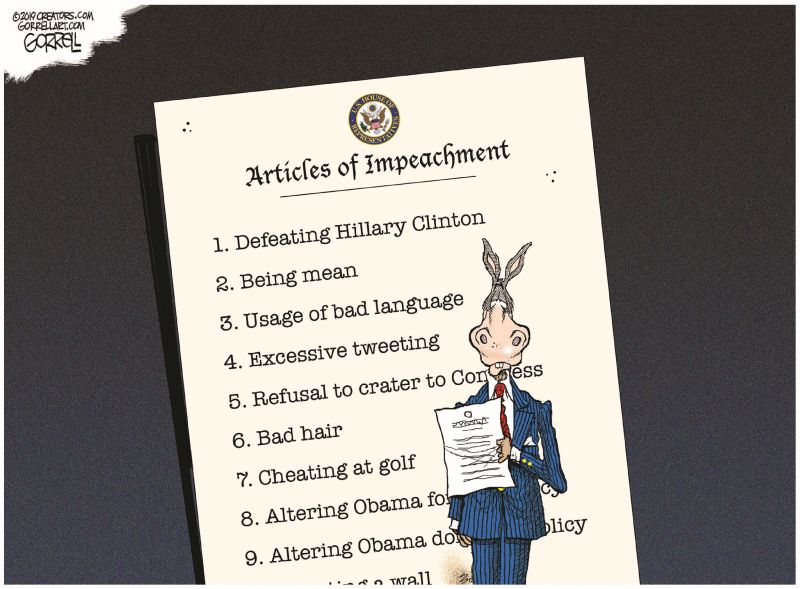 California Rep. Adam Schiff is getting drunk with power and he thinks he can bully anyone to get his way when it comes to the impeachment of President Donald Trump.

That could work with the Democrats in the House of Representatives and with citizens who are frightened of his power.

But it does not work on President Trump or Vice President Mike Pence. A lesson that the California Democrat has just learned the hard way.

The representative called on Vice President Pence to declassify a phone call between him and Ukrainian President Volodymyr Zelensky that took place on Sept. 18.

But he could demand whatever he wants, Vice President Pence slammed the door in his face and said he is not getting anything.

“As you well know, a witness answered your direct question that the Vice President never raised those investigations,” the counsel, Matthew Morgan, said.

“As such, the request to declassify and release another world leader transcript serves no purpose,” he said.

Pence also criticized Rep. Schiff for, what he said, is a lie when the representative said in the report given by The Intelligence Committee last week, that the “Committee has requested that the Office of the Vice President conduct a declassification review.”

The office for the Vice President said that that request was not made until three days after the committee voted to approve the report.

“This once again illustrates the Committee’s lack of commitment to fundamental fairness and due process,” Pence’s office said.

“The House Permanent Select Committee on Intelligence has already voted out its partisan Report and transmitted it to the House Judiciary Committee,” it said.

“Your request, coming after the completion of your Report, serves no legitimate legislative or impeachment inquiry purpose,” it said.

This is not a surprise as Rep. Schiff is a known liar like the rest of his Democrat cohorts who are championing this sham impeachment.

But it is something to think about when the president is inevitably acquitted in the Senate and Democrats complain that it is not fair.

To Democrats it is never fair when they do not win. They ave been having the same temper tantrum for three years.