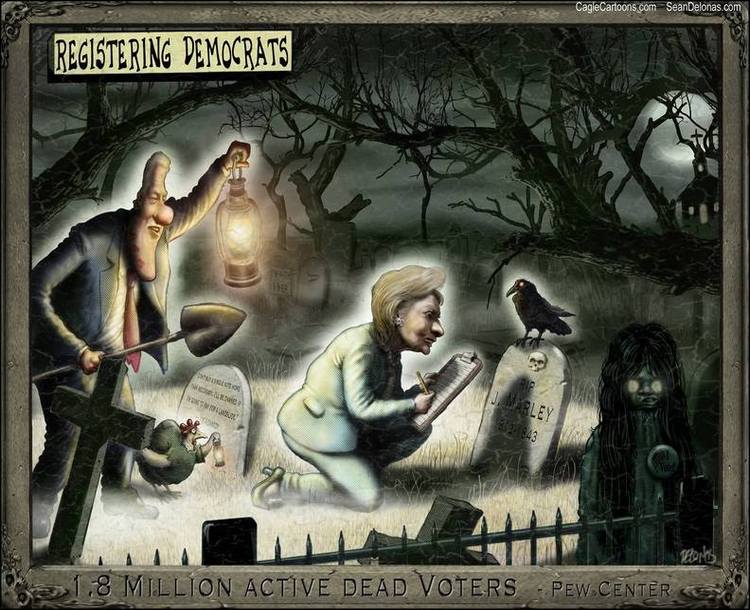 Seth Connell reports that we have recently reported on the multiple cases of voter fraud that are plaguing the states this election season. Investigations from private organizations and from state election commissions are revealing massive voter fraud scheme taking place in Minnesota, Indiana, Virginia, Pennsylvania, Illinois, etc.

Now, Texas is in the midst of the voter fraud issue, less than a month away from the Presidential, Congressional, and (in some states) Senatorial elections.

The Star-Telegram has more:

Less than a month before the Nov. 8 election, allegations of voter fraud in Tarrant County are under investigation by the state, prompting concern that the timing may intimidate some voters — and possibly lay groundwork for the Legislature to enact more restrictions on voting next year.

The complaints focus on mail-in ballots, which allow people to vote from their homes without any ID or verification of identity.

Supporters have long said mail-in balloting is crucial for overseas residents, the military and senior citizens. Critics maintain that such voting is ripe for abuse and raises concerns about “vote harvesting,” in which people could fill out and return other people’s ballots.

Some say the investigation is politically motivated; others say it’s addressing a practice that has been a problem for years.

The Tarrant County Elections Administration has declined to comment on the issue.

“There could be a problem,” Tarrant County Judge Glen Whitley said. “I really believe our folks are very much on top of things.

The investigation of mail-in ballots involves voters from the primaries. The author also mentioned that there may be some elected officials who are in office because of help from fraudulent voting.

The author of the article also, right at the start, brought up the idea of voter intimidation, though I would counter that ensuring the integrity of an election is hardly a tool of intimidation (unlike uniformed members of the Black Panthers literally intimidating voters at polling stations).

Later in the report, we find that local officials were rather concerned about the development and are expressing a desire to tighten up the election:

“History has repeatedly shown that Democrats will do everything they can to buy, steal and cheat their way to victory at the ballot box,” the email stated. “It is up to us to ensure that every vote here in Tarrant County is PROTECTED and LEGAL.”

The email also asked for poll watchers for both early voting and Election Day.

A sitting Democrat was rather shocked at this, saying that it’s nothing but politicizing the electoral process. But given the record of Democrats often cheating their way into office, it is a legitimate concern.

What the issue of voter fraud really comes down to is this: only citizens and legal residents of a given state should be allowed to register to vote, and those who go to the polling stations should be required to prove that they are the person listed on the voter registration card. What’s so unfair about that?

What is really unfair is allowing someone to use the voter registration information of another person, even a dead person, and using that voting power to effectively override the voice of those who are participating in the electoral process properly.

It’s not an unreasonable expectation. In fact, what is unreasonable is to not have measures in place requiring proof of identification to vote and register to vote. You must be who you say you are.

And if Democrats think this targets minorities, I will, once again, give my response (as written in an earlier report on a Virginia voter ID law):