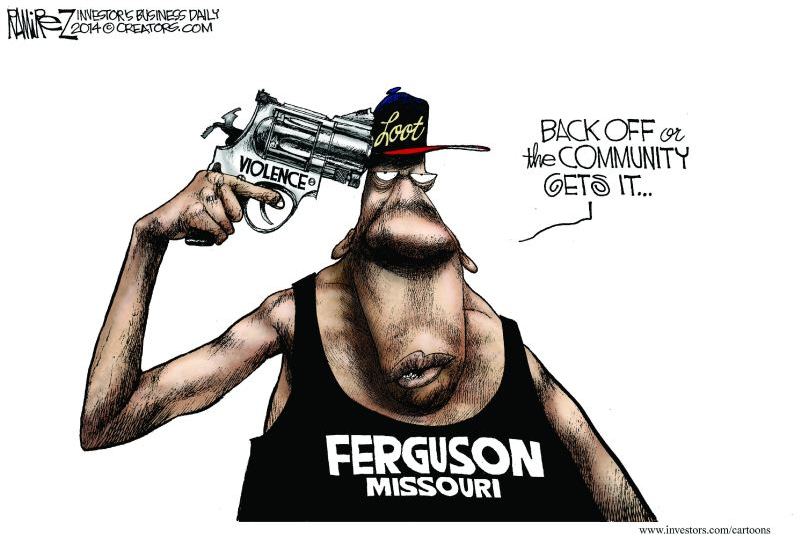 Rioters and looters almost always destroy their own communities. I was living in L.A. during the 1992 riots, looters destroyed large chunks of South Central Los Angeles and succeeded in chasing all of the grocery stores out of the area.

Would I be “acting white” if I asked why in God’s name are black people looting and destroying their own neighborhood in St. Louis? Would I be a sell-out if I asked why stealing all the tennis shoes from a sporting goods store would make a point for justice for a young man who was killed allegedly by a cop?

Would I be an “Uncle Tom” if I asked why burning a gas station, breaking into at least one convenience store, including a check-cashing store, a boutique, a small grocery store, a sporting goods store, a cellphone retailer, a tire store and a Wal-Mart would make things better? Would I be behaving stupidly when I told you that between 20 to 25 Walmart employees took shelter inside their store Sunday night as rioting and looting ran rampant in the area around them?

Would it be wrong to ask why people carted away goods from several of the stores, even as police moved in? These are stores located ] in this area — often at their own peril. These proprietors — small business owners — often live in the area or darn near close to it. Neighbors stealing from neighbors…shamelessly destroying their neighbor’s property as though they were released from bondage in order to pillage and plunder.

It’s not surprising that the black community should be angry and tormented by the tragic death of one of its own. But am I “acting white” if I ask why we destroy our own communities in protest?