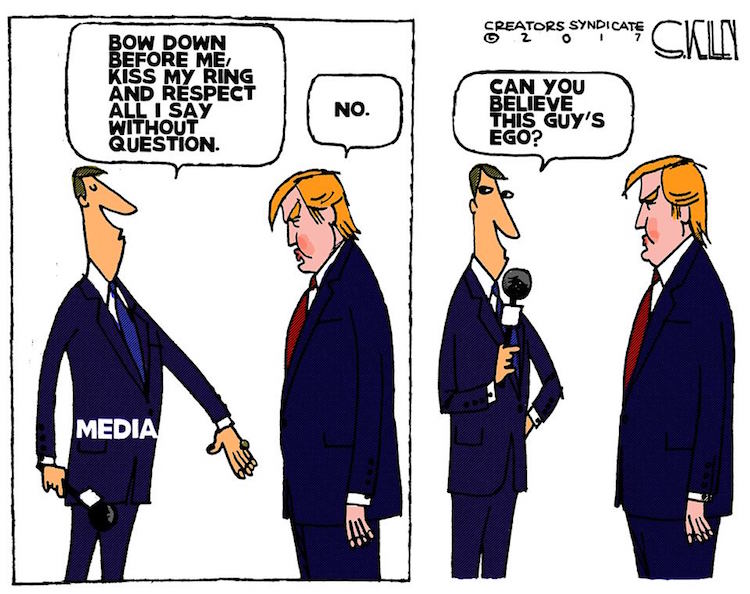 Another source has come out and exposed the lies that The Washington Post is telling about the Russia/Trump investigation.

Robert Mueller, the special council appointed to look into Russian interference into the 2016 presidential election, is not investigating President Donald Trump.

The Post made that claim earlier this week – that Mueller had expanded his probe to include Trump’s conduct and has arranged interviews with senior administration officials to assess the nature of their own communications with Trump regarding the Russia investigation.

But ABC’s senior Justice correspondent, Pierre Thomas, said that no such investigation is taking place.

Thomas spoke on ABC’s “This Week” to throw water all over The Post’s accusations.

.@PierreTABC: Mueller has preliminary plans to speak to people in admin, but no decision yet for "full scale" investigation of Pres. Trump. pic.twitter.com/BXcv9OeYIK

“My sources are telling me that he’s begun some preliminary planning, plans to talk to some people in the administration, but he has not made that momentous decision to go for a full-scale investigation,” he said.

This is consistent with what one of President Trump’s attorneys said on CBS’s “Face The Nation.”

“The President is not under investigation,” Jay Sekulow said.

New on #MTP: Trump lawyer says President is not under investigation, despite tweets.

Once again, WaPo and their fake news have been smacked down by the truth.