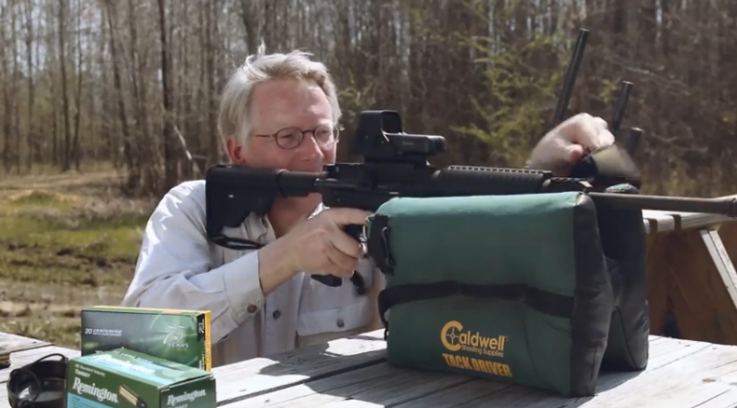 I think this congressional candidate makes a good point by destroying the Obamacare bill with an AR-15!

An Alabama congressional candidate uses a .40 Glock pistol, a .270 Cooper rifle and an AR-15 to destroy a copy of the Obamacare bill in a new video released by his campaign.

The message in candidate Will Brooke’s video, shared first with The Daily Caller on Wednesday, is clear: Republicans have been successful in taking shots at Obamacare, but it’s going to take “more extreme measures” to get rid of it.

“We’re down here to have a little fun today and talk about two serious subjects: the Second Amendment, and see how much damage we can do to this copy of Obamacare,” Brooke, sitting on the tailgate of a pick-up truck, says in the video.

Brooke, leaning on the thousands of pages of Obamacare, holds a copy of the Constitution in his hand while his rifle rests nearby.

The video shows him using a variety of firearms to shoot the copy of the bill. But when the bill is not completely destroyed, he turns to another piece of equipment.

Do you approve of the destruction of the Obamacare bill with an AR-15?