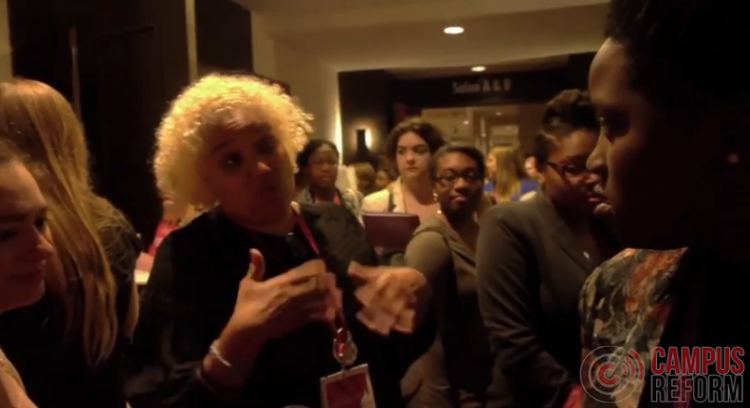 It appears that when the left talk about “tolerance” and inclusiveness” they mean only if you believe as they do!

Campus Reform’s Katherine Timpf attended the National Young Feminist Leadership Conference (NYFLC) — an event which promised to be about “inclusivity” and welcoming everyone — only to be told that “conservative” women were not welcome.

Timpf attempted to ask students’ their opinions on feminism, but conference organizers made an announcement advising participants not to talk to Campus Reform because it was a “conservative” outlet.

The organizers also followed Timpf around the conference to interrupt her conversations with students to tell them the same thing.

“They’re a group that’s conservative, so what we are fighting for is not something…” one organizer told a student who was talking with Timpf, prompting the student to walk away.

Do you agree that the most intolerant people in the world are those on the left?