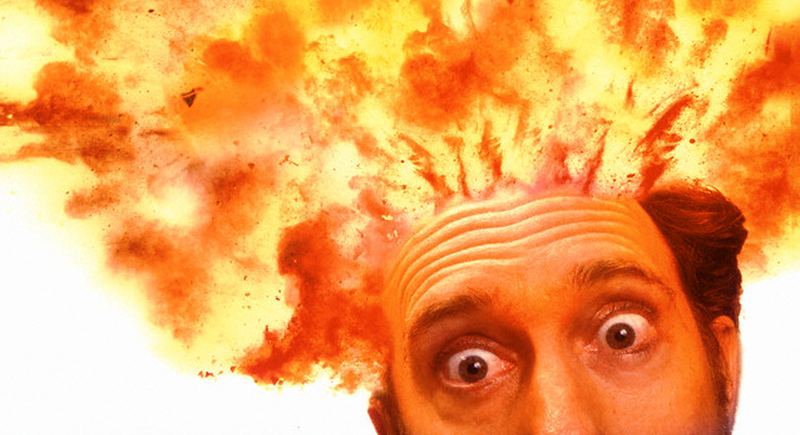 Brian Anderson over at Downtrend has ten questions that liberals can’t answer, and they are spot-on. Ask your liberal friends a few of these questions, grab the popcorn, and enjoy!

10. How many people should we let into this country?

Liberals want amnesty for the 11-20 million illegal aliens currently living in America. Let’s say that happens, then what? Do we grant amnesty to the next 20 million illegals that come looking for a better life? There are over 7 billion people on the planet, most of which would certainly have a better life if they moved to the US. I’ll ask again: how many of these people should we let immigrate to our country?

9. How are rules that apply equally to everyone discriminatory and racist?

Liberals say that everything from the justice system to education is racist. They whine that voting laws that apply to everyone equally are somehow discriminatory. Why? I have no idea. If everyone is playing by the same rules there is no disputing that the playing field is level.

8. How are rules that only apply to one group of people not discriminatory and racist?

Affirmative Action set quotas for minorities in hiring and college admissions. Obama’s My Brother’s Keeper program gives funds and opportunities to people of color. There are literally hundreds of liberal programs available to minorities only. Do not disadvantaged white people deserve the same help?

7. Do you know what a pyramid scheme is?

Wikipedia tells us: A pyramid scheme is an unsustainable business model that involves promising participants payment or services, primarily for enrolling other people into the scheme, rather than supplying any real investment or sale of products or services to the public. The people at the bottom of the pyramid do all of the paying and never reap any benefits. Sounds an awful lot like ObamaCare, doesn’t it? In the private sector a pyramid scheme is fraud but when the government does it it’s called progress.

6. Why is it okay to kill unborn children but wrong to kill convicted murderers?

Liberals love abortion but hate the death penalty. Seems a little hypocritical since both involve the taking of a human life. The only difference is, unborn children haven’t viciously murdered anyone. Why do liberals deem the life of a killer more important that that of an innocent child?

5. How does stagnating growth stimulate the economy?

RELATED: Democrats Will be Brutally Unhappy with the Results of This New Poll

High taxes and needless regulations are two things liberal lawmakers can’t get enough of. They are also the two things that hurt business growth the most. I don’t know if the libs are aware of this, but businesses are those things that give people jobs. When people have jobs, they have money to spend. Our economy grows when more people have jobs and spend money. This is not my opinion; it’s a fact.

4. Does it make sense to do the same thing over and over and expect a different result?

The social safety net, which includes welfare, food stamps, Medicaid, and a whole host of liberal entitlements, has failed in its stated goal to pull people out of poverty. Instead, these programs have had the opposite effect, creating generations of people that are utterly dependant on government handouts. If these programs don’t work, why should we continue them? Do liberals think that they’re bound to work eventually? Even worse, they want to expand these failed programs. Now that really is the definition of insanity.

3. How will punishing law-abiding people stop criminals from breaking the law?

Every liberal gun control law either passed or proposed places arbitrary restrictions on law-abiding citizens. These laws don’t apply to criminals because, by their very nature, they don’t follow laws. If someone is going to commit a murder or assault, do you think they care if their weapon of choice isn’t compliant to the local ordinance? No one has ever said, “I was going to rob that liquor store but the only gun I have holds more than seven rounds and that’s illegal in New York.”

2. How can you count to ten if you skip the number two?

The first ten amendments of the US Constitution are known as the Bill Of Rights. These enumerated rights were laid down by our Founding Fathers because they felt each of them was essential to ensure we live in a free society. Liberals are enamored with all of them except the 2nd, which guarantees our right to keep and bear arms. They say all of the other amendments confer individual rights, yet claim the 2ndAmendment is a collective right that allows only the government to possess arms. Why would the Framers list 9 individual rights, and one government right? Liberals also don’t seem to understand that the 2nd Amendment protects all the others. Tyrants can’t take speech and voting rights away from an armed populace.

1. Why was George W. Bush a bad President but Barack Obama is a good one?

To liberals, George W. Bush was the Devil incarnate. Their biggest beefs were the wars in Iraq and Afghanistan, the bank bailout, and Guantanamo Bay torture. When Obama took office he escalated the war in Afghanistan, gave even bigger bailouts, and after 5 years in office still hasn’t closed Guantanamo Bay. On top of that, Obama ignores the Constitution, spies on every single American, kills women and children with drone strikes, and has saddled the country with a health care law that will bankrupt the middle class and require an insurance company bailout of epic proportions. I’d say, even to liberals, Bush Jr. looks pretty good by comparison.

Liberal policies are filled with contradictions and hypocrisy all over the place.