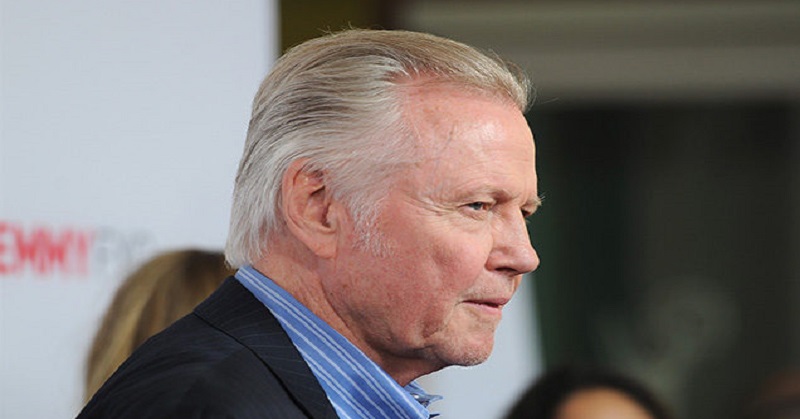 Over the past month emails have surfaced that prove the Hillary Clinton campaign rigged the primary race, and video has surfaced revealing Clinton suffering from a seizure while avoiding questions from reporters.

Photos have emerged revealing she is unable to walk up a short flight of stairs without assistance. The Democrat presidential nominee delivered a speech about the Orlando Massacre while the jihadist’s father stood directly behind her in the VIP seating of her campaign rally.

The news media, however, has glanced over all of those troubling reports about Clinton and instead directs its fire at Donald Trump, in the hope that something sticks.

Liberals spent nearly two weeks hammering Trump over what he said about Khizr Khan, until it was was revealed that Khan sold citizenship to foreigners, was paid $25,000 to deliver his DNC speech, and proclaimed “Allah is making Trump make mistakes.”

Now the mainstream media is stoking outrage over what Trump sad Tuesday at a campaign stop in North Carolina.

His remarks immediately elicited a wave of condemnation from Democrats, gun control advocates, and the press, who accused him of suggesting violence against the Democratic nominee.

When pressed about Trump’s Second Amendment speech by TMZ on Wednesday, actor John Voight ripped the media for even insinuating that the Republican nominee was suggesting violence against Hillary Clinton.

The reporter kept using the word “assassination,” further implying that was what was actually said. Mr. Voight rightfully shut that down in a hurry.

“People are trying to make him look foolish,” the 77-year-old actor said of Trump in an impromptu interview with TMZ at a restaurant in Beverly Hills. “He’s a terrific guy. I know him personally. He’s got a good sense of humor. He’s off the cuff. He’s a lot of fun.”

“He didn’t say that word,” Voight protested when the TMZ reporter said Trump had joked about “assassinating” Clinton. “Don’t do that, don’t distort what he said.”

“You can be in a lot of trouble if people want to distort your words,” the actor added. “That’s what he goes through. All the time, every time. He’s being attacked continuously. They’re taking apart everything he does. He made a wonderful speech yesterday. Everybody should sit down and listen to that speech, because it’s full of substance and it tells you what the problems are, and it tells you how to answer those problems.”

Jon Voight is one of the few left in Hollywood that actually has a brain and uses it. That is what you call bravery. It takes courage to speak the truth in a land full of deception and lies.

Trump shouldn’t incite violence like that! He should have said something like “Hillary in a blanket, fry her like bacon.” Then the media would have called him a peaceful protester.

However, Clinton herself was accused of inciting Barack Obama’s assassination, in comments she made during the 2008 primary, as was Joe Biden. But liberal media minions will do anything and everything to take the focus off Hillary and the scandals that surround her.

Crooked Hillary could light a nursing home on fire waving the ISIS flag, spitting on a disabled child while cashing a Saudi check, and the corrupt media would still say Trump is worse.