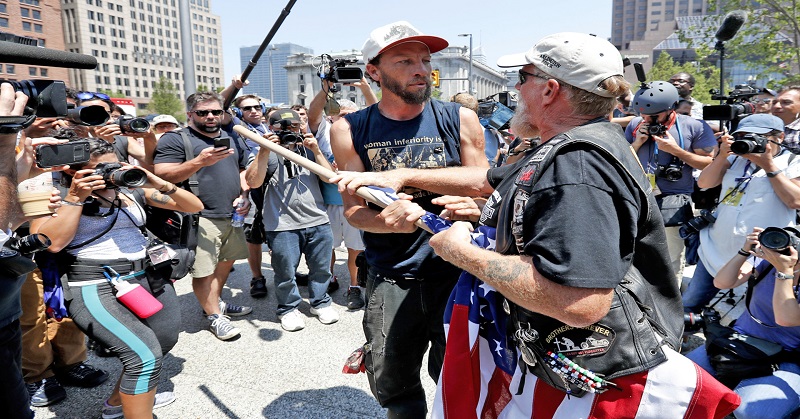 Communists, Black Lives Matter activists, the KKK, and members of the Westboro Baptist Church gathered in downtown Cleveland Tuesday, a short distance away from the Republican National Convention, to protest against Donald Trump.

Some called for an alternative to the two-party system and a revolution against capitalism. 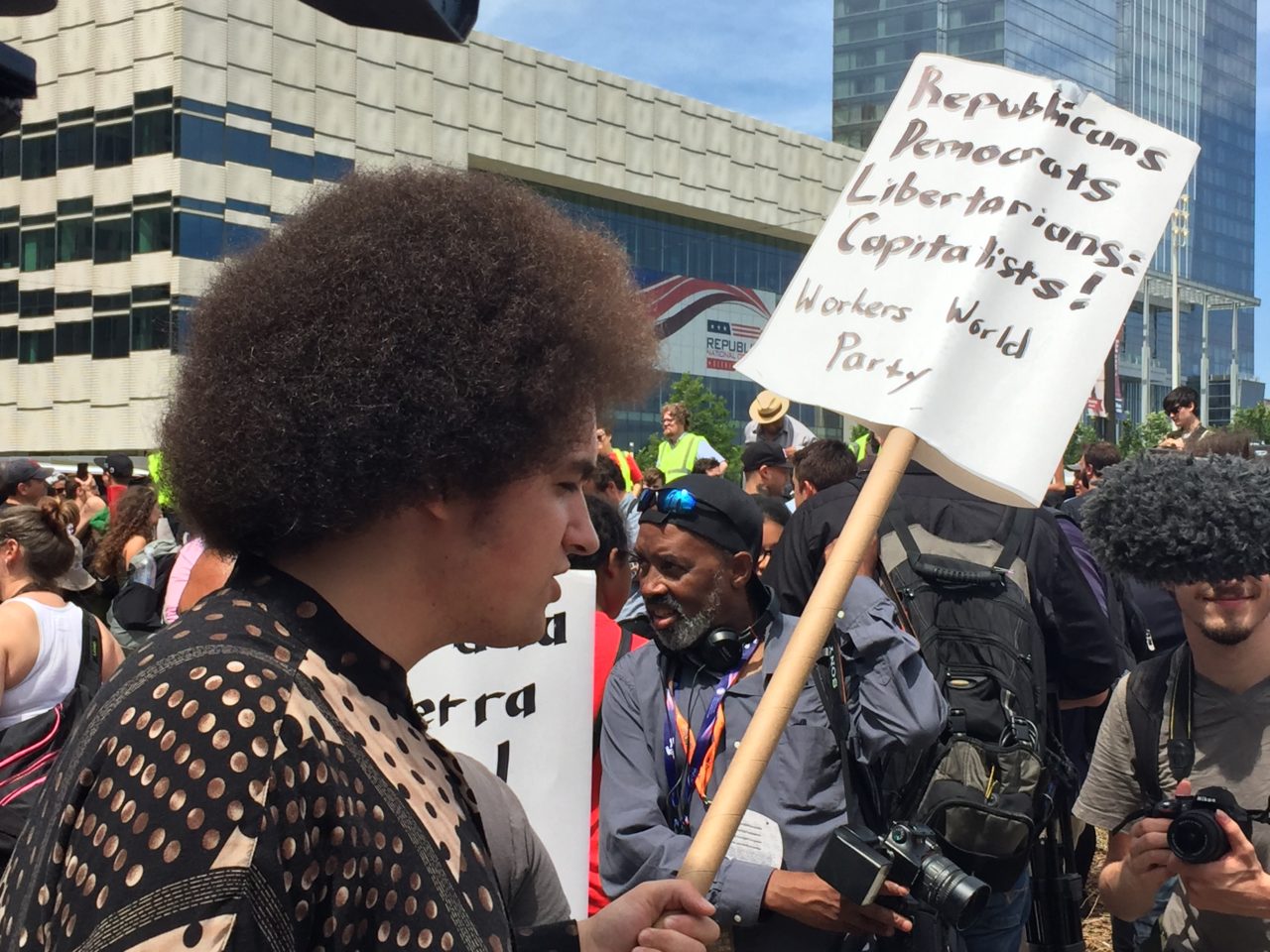 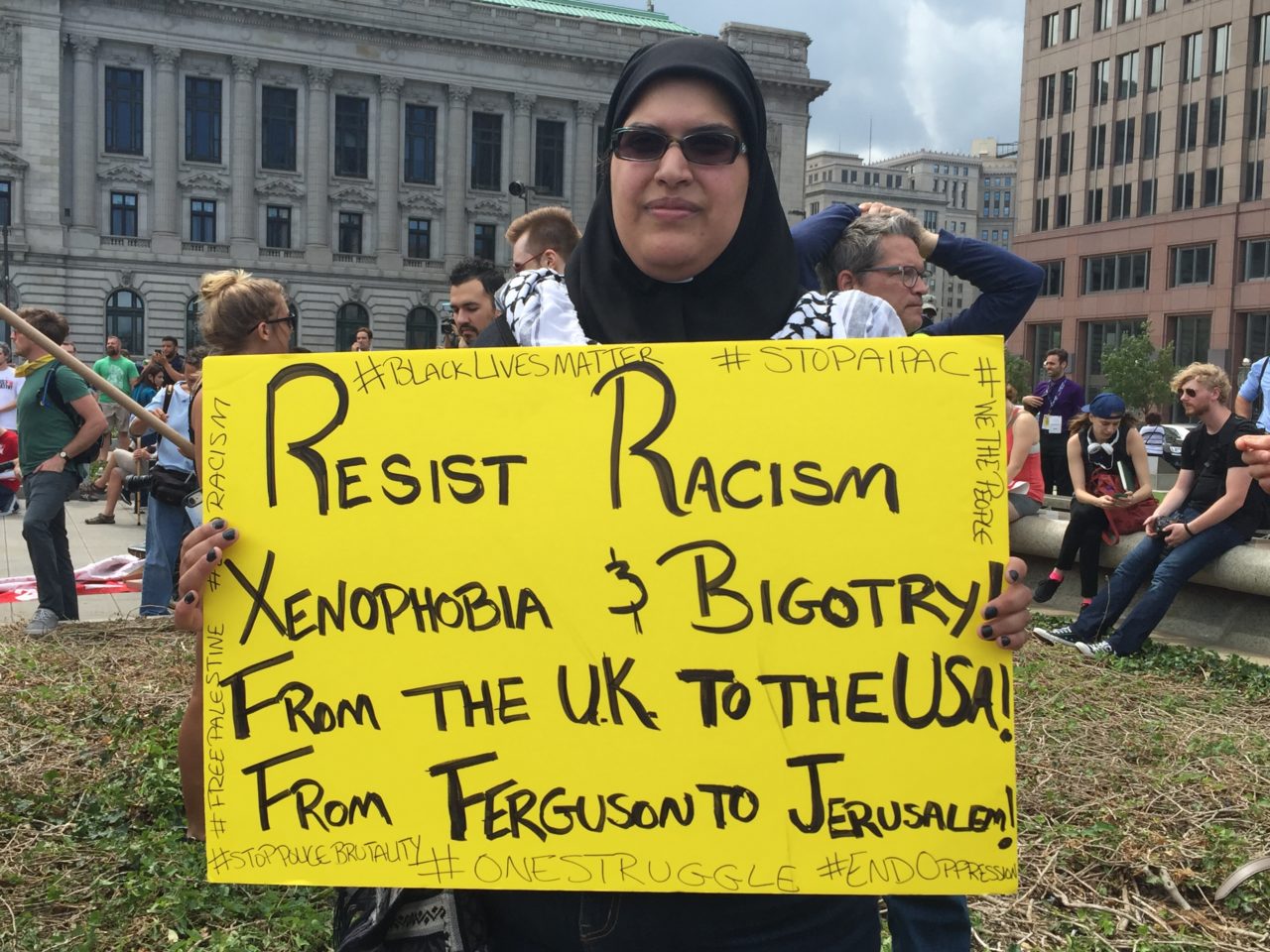 "America was never great" chants in the street pic.twitter.com/BrdvJEdd3D

As the various liberal factions began to clash, violence erupted.

Some of these leftist thugs, who want to disarm the law-abiding patriots, reportedly engaged each other by hurling balloons and plastic bottles filled with urine and feces.

Police broke up skirmishes between groups and then were allegedly attacked by protesters with bodily-fluid-filled biological weapons.

Police broke up skirmishes between groups of demonstrators a few blocks from the Republican National Convention as large crowds formed Tuesday afternoon. There was no immediate word on any arrests or injuries.

Members of the KKK, Black Lives Matter, and Westboro Baptist Church reportedly threw urine at each other and police had to step in in an attempt to keep the peace, a police spokesperson told KPLC.

A scuffle also broke out when conspiracy theorist and radio show host Alex Jones started speaking in downtown’s Public Square. Police on bicycles pushed back a surging crowd, and Jones was whisked away.

A CPD officer just told me to 'watch out for urine' that some protesters have in bottles to throw #RNCinCLE #EW pic.twitter.com/u2veFcDE1s

#BlackLivesMatter and Westboro threw urine at each other. I got out of there, not trying to get their diseases. Filth. #RNCinCLE

Friend of mine in Cleveland for RNC in LE said police confiscated over 100 lbs of a poo/pee mix meant for balloons. #TheTolerantLeft

These disgusting protesters are making their communist hippie grandparents, parents and professors proud.

The police shouldn’t interfere. Rather than keeping these groups apart from each other, let natural selection do its job.

Why isn’t the mainstream showing this? Oh yeah, they don’t want to show a bunch of low life liberals out of control and instead want to focus on Melania’s speech