A Mexican businessman isn’t happy with President Trump, and wasn’t happy with him back in October of 2015 when he created a trademark for Trump toilet paper.

The man was apparently unhappy with Trump’s talk about Mexicans, so he decided to try to do something to get him back. From the New York Daily News:

Corporate lawyer Antonio Battaglia is introducing “Trump” brand toilet paper, marketed under the slogans “Softness without borders” and “This is the wall that, yes, we will pay for.”

Mexico’s Institute of Industrial Property has granted Trump’s company trademarks on his name in sectors such as construction, hotels, tourism, real estate and financial services. But the Trump Organization didn’t bother to cover what’s referred to in Spanish as “hygenic paper,” and Battaglia’s trademark for Trump toilet paper was approved in October 2015, according to the institute’s records.

Packages are expected to begin rolling off production lines later this year, with 30% of the profits promised to programs supporting migrants.

Not sure why this guy thinks this is a big deal; there are much better versions of political toilet paper that have been created for Trump, Barack Obama, and Hillary Clinton, as you can see below: 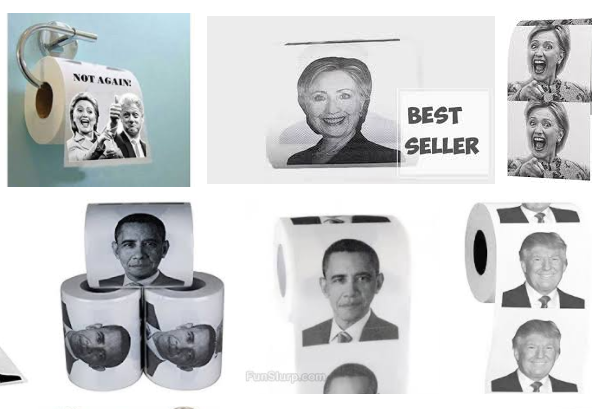 This new toilet paper seems to be actually useful toilet paper, and not just the joke kind that most people wouldn’t want to use.

Kind of ironic, isn’t it?