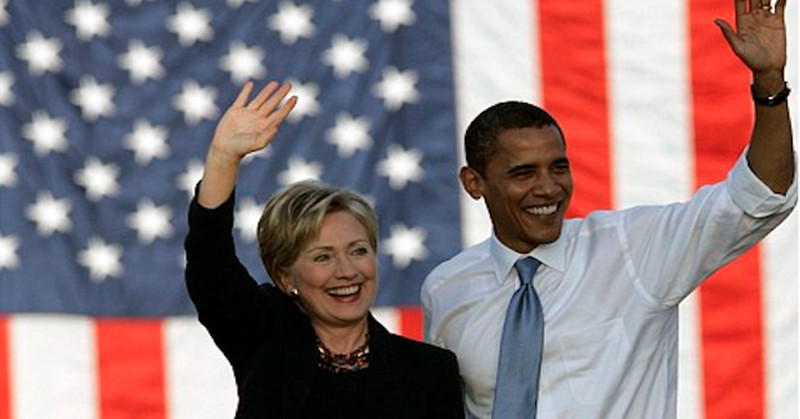 President Barack Obama is set to throw his full support behind Democratic presumptive nominee Hillary Clinton and hit the campaign trail in an attempt to dupe low-information voters into casting their vote for her in November.

Yes, there’s a slight chance that Hillary could become the next president of the United States. It’s enough to make your skin crawl.

While most of us already agree Clinton in the White House would be disastrous for the future of our country, just the very fact Obama is backing her does significant damage to the Constitution.

“Indeed, it would be fully wittingly,” Peters said. “This is not politics as usual. It’s not a standard endorsement. The power of the presidency is in play, here, and it’s working against the Constitution.”

Peters continued, “BIndeed, it would be fully wittingly,” Peters said. “This is not politics as usual. It’s not a standard endorsement. The power of the presidency is in play, here, and it’s working against the Constitution.”

Peters continued, “By endorsing Hillary, President Obama is sending a signal to the FBI, to the attorney general, and to any future juries, (if it comes to that) that he doesn’t think that what she did is very serious.

It matters because at the fundamental level, our country is not about the president, it’s not even about Congress or the Supreme Court.

Everything flows from the Constitution. And we have seen a terrible abuse of the Constitution of late in the selective enforcement of laws at the federal level of this administration, and at the local level like in Chicago, or Ferguson, or Baltimore.”

Is it really a surprise that Obama would endorse Clinton despite the damage it would do to our Constitution and the message it sends the FBI and other agencies about some folks being above the law?

This man has violated our founding document so horrifically over the last eight years it’s astounding. He consistently oversteps the separation of powers, pretending to be some sort of monarch, cutting out the voice of the people in the law making process.

No, the Constitution doesn’t matter to Obama. All that matters is making sure the progressive agenda he laid down during his time in office is protected so that others might come and build on it.

That’s why he’s backing Hillary, despite the fact it’s incredibly bad for the country.

It’s a shame this is what politics in America has become.

Michael Cantrell
Michael Cantrell is a writer/blogger with over 8 years of professional experience. He is dedicated to using his skills to uphold conservative principles and defend liberty to the best of his ability. Michael believes wholeheartedly in the Constitution and the principles it was created from and seeks to communicate these eternal truths through engaging pop culture. Michael is also an avid comic book fan and loves movies, music, and television. But most of all, he loves Jesus.
Obama Backs Hillary, Does Massive Damage to the Constitution
Hillary Clinton Launches 'Republicans Against Trump' Website to Lure GOP Voters
New Law in Norway Allows Transgender to Self-Declare Without Psych Evaluations
Gov. Scott Walker Backs off From Endorsing Donald Trump for President
Marilyn Mosby Being Sued by Two Officers Facing Charges in Freddie Gray Case
See more...