Feminism has exploded since Hillary got her clock cleaned in the presidential election.

But despite the demand for more power, there are still jobs that are beneath many liberal feminists. 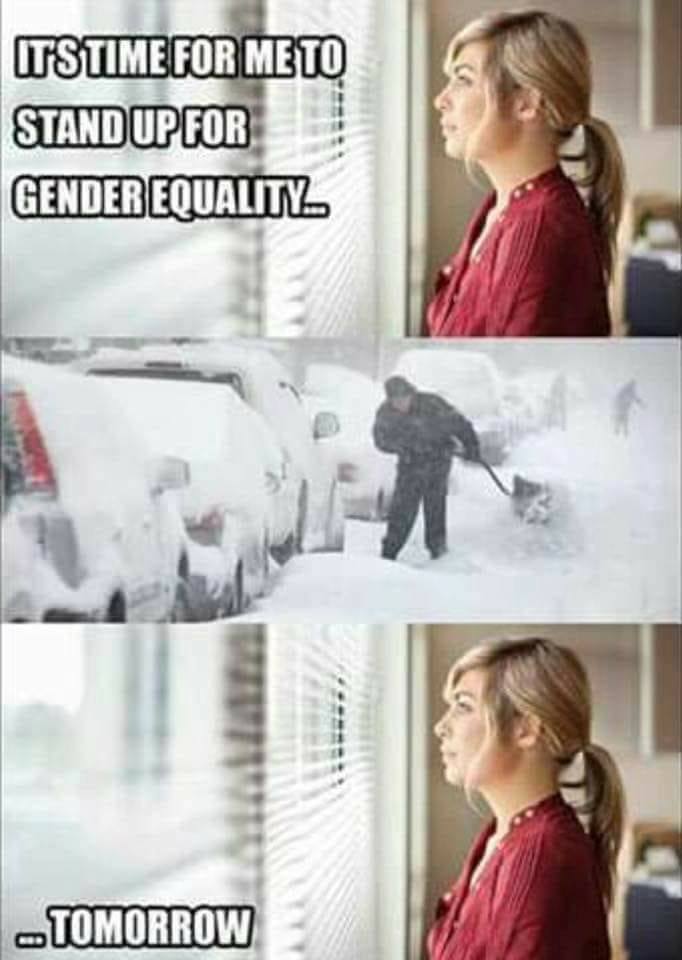 This is according to the New York Times Style in the piece, “Taking Out the Trash? That’s Still a Man’s Job, Even for the Liberal Coastal Elite”:

On a recent Monday night in San Francisco, as I lounged in the living room watching “The Marvelous Mrs. Maisel,” out of the corner of my eye I also watched my husband, Josh, march around our house as he does every Monday night, collecting pails and tying plastic bags.

Next, he dons his headlamp (which underscores: serious business), grabs his Leatherman and spends the next 15 minutes or so outside in the dark fending off raccoons and annihilating the latest crop of Amazon Prime boxes; cramming the week’s wine bottles and every last LaCroix can into the blue bin; dumping eggshells and avocado rinds and our kids’ abandoned crusts into the green compost bin; and bungee-ing the filled-to-the-brim black garbage bin. And then bu-bump-ing-bu-bump-ing the trio one by one, down the entryway to the curb. Eventually Josh returns, washes his hands, and joins me, cozy on the couch.

This is our weekly ritual. There’s no acknowledgment of the obvious inequity. No you-do-it-next-time admonishment. He accepts his role without a hint of bitterness. (In a way I do not when it comes to, say, driving car pool or coordinating play dates.) Every Monday around 9 p.m., I feel a tinge of guilt, except … not really.

Almost every woman I know who lives with a man shirks this chore. It’s as if all hard-won equality in the home is tossed on trash night. It may be the last bastion of accepted 1950s behavior. And in this case — and this case alone — women are fine with that.

The column – by Lisa Levin – goes on to quote a few snotty cosmopolitan women and their feelings toward a task that is too icky and menial for them to be bothered with.

Much was made about the rise of the new anti-Trump feminism during last January’s “Women’s march” but it seems that the feminists are less enthusiastic about marching to the dumpster or other trash disposal receptacles – in a woman’s world, that’s still a man’s job.

Some may call it hypocrisy which is the coin of the realm for liberals.