The government of the United States is a definite government, confined to specified objects. It is not like the state governments, whose powers are more general. Charity is no part of the legislative duty of the government.

James Madison, Speech, House of Representatives, during the debate “On the Memorial of the Relief Committee of Baltimore, for the Relief of St. Domingo Refugees” (01-10-1794) – Read more 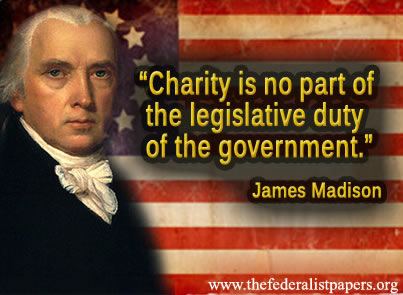