The supposed quietude of a good man allures the ruffian; while on the other hand, arms, like law, discourage and keep the invader and the plunderer in awe, and preserve order in the world as well as property.

The balance of power is the scale of peace. The same balance would be preserved were all the world destitute of arms, for all would be alike; but since some will not, others dare not lay them aside. And while a single nation refuses to lay them down, it is proper that all should keep them up.

Horrid mischief would ensue were one-half the world deprived of the use of them; for while avarice and ambition have a place in the heart of man, the weak will become a prey to the strong. The history of every age and nation establishes these truths, and facts need but little arguments when they prove themselves. 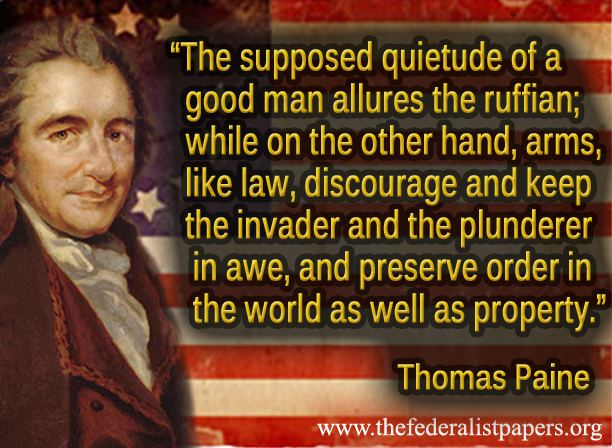