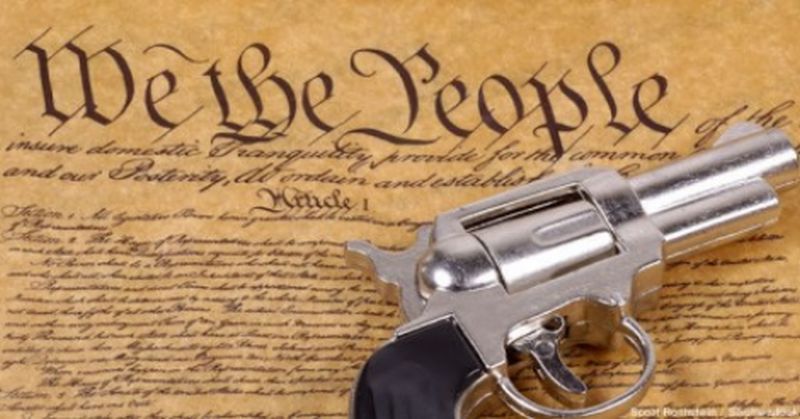 In 2016, several states passed new laws regarding carrying handguns for self-defense outside the home. The states of Idaho, West Virginia, and Missouri all enacted “Constitutional Carry,” removing the requirement that a citizen obtain a permit to carry a concealed handgun. Now, even more states are looking at similar measures.

Though to varying degrees in several states, the number of states that have enacted Constitutional Carry provisions has increased exponentially in recent years. Contrary to the ravings of Leftist gun grabbers, bloodbaths have yet to appear (don’t worry, they won’t).

As of the beginning of 2017, here are all of the states that do not require a permit to carry a concealed handgun outside the home, according to the Crime Prevention Research Center:

With Missouri, West Virginia, and Idaho enacting Constitutional Carry laws last year, twelve states allow people to carry without a permit in all or virtually all their states. This includes Montana that allows people to carry in about 99.4% of the state. And 2017 is shaping up as a banner year for passing more of these laws. States that are about to pass these laws include: Indiana, Kentucky, New Hampshire, North Dakota, and South Dakota. Tennessee is considering allowing “open carry” without a permit, though that is already quite common in most states. Other states that are considering this legislation, but are unlikely to pass Constitutional Carry, include: Colorado (won’t pass legislature and would be vetoed by governor), Minnesota (Governor would veto), Texas (unlikely to get out of the state legislature), and Utah (Governor would likely veto again).

The proposal has also been introduced in the Virginia House of Delegates, by State Delegate Ben Cline. Though the proposal may pass in the House of Delegates, a much more difficult battle would lay ahead in the Senate. And even if the bill passed both chambers, Clinton shill Terry McAuliffe would veto without a doubt.

So probably no Constitutional Carry in Virginia for 2017. Progress was made last year, but we will likely have to wait until there is a new Governor for any permit-less carry provision to have hope of passage.

However, there is good hope for repealing permit requirements in other states, as the CPRC and Charles Cooke of National Review noted.

As pointed out by Cooke, here is the map of states that do not require a permit: 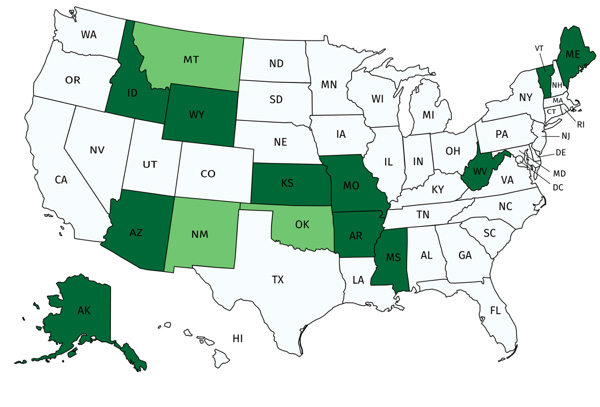 He noted some interesting facts about the rise of permit-less carry here in the States.

In 1990, some form of “constitutional carry” obtained in just 0.25 percent of the geographical area of the United States, and for only 0.22 percent of the population. Today, those numbers are 42 percent and 18 percent, respectively. Put another way, in a quarter of a century “constitutional carry” has expanded 168-fold and been applied to 81 times more people (relative to the size of the overall population).

These numbers are likely to grow. Here, in blue, are the states that will debate reform this year (as of today, that is — there’s a lot of time left in 2017). 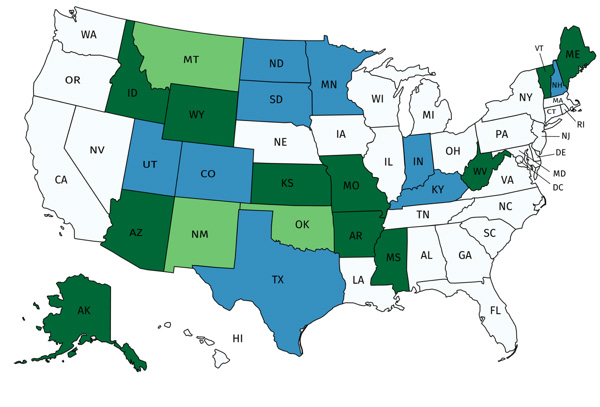 As both Lott (and myself as well) say, not all of the proposals to eliminate the permit requirement will pass. However, several will. Here’s what is predicted: 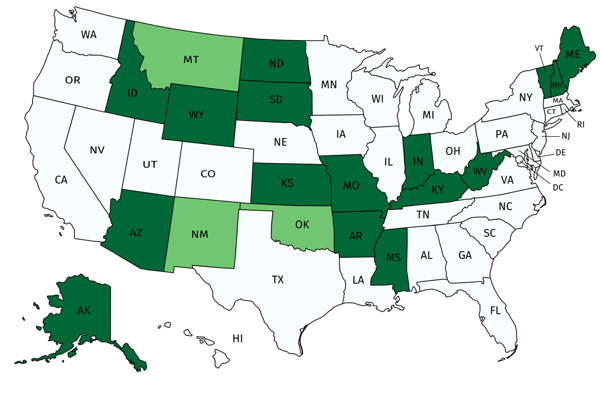 I don’t know if it will be this many states that become Constitutional Carry states, but several more will. I hesitant to say that certain states will definitely pass CC provisions this year; New Hampshire being one of them.

While the Governor has expressed support for removing the permit requirement, it turns out that the legislature may be the real stumbling block.

As TFPP contributor and New Hampshire resident Kimberly Morin told me when I asked about the issue, “we thought it had likelihood but it turns out that the Republican leadership in the House has put anti-2A Republicans on the Criminal Justice Committee. It appears that they are working behind the scenes to make sure it doesn’t pass.”

However, not all hope is lost.

“The CC bill easily passed both houses over two different bills in the past two years. The bill that is on its way to the House now is the same exact bill as the original. It SHOULD easily pass through the committee and the house because there’s nothing different about the bill. Democrats are pretending that it’s something that is being-fast tracked yet it is the same bill they’ve heard testimony on 3 times in the senate to date. There is absolutely no reason that this bill should not pass. It’s time to end state-sanctioned discrimination in New Hampshire and join Maine and Vermont for Constitutional Carry.”

The State Senate approved the measure on January 19 of this year, but there is still work to be done to actually pass it. Again, it’s possible, but I’m predicting a harder fight over it than Lott is predicting.

Other states, such as Kentucky, I think are more plausible. This past election cycle, the Republican Party made history by taking over the State legislature for the first time in 95 years. Especially with very conservative and pro-gun Matt Bevin as Governor, the chances of passing Constitutional Carry in Kentucky are fairly good.

Other states will only be revealed in due time. But one thing is for sure, the fight to reclaim our rights has made incredible gains over the past two decades. It’s time for a full-court press, so that our right to bear arms can be reclaimed state by state.

Cooke believes that this could be the map for Constitutional Carry in a few years:

Based on the makeup of their legislatures, the affiliation of their governors, and their political center of gravity, these are the states that I think could plausibly pass reform over the next four years: 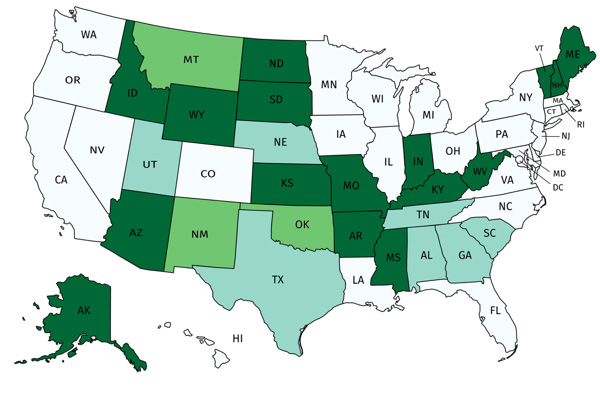 That’s 65% of the geographic United States folks… What a dream.

We will probably not have it in every single state, but every one where restrictions on our right to bear arms are removed is a win for the residents of that state. Let’s keep it up, folks.