More than 57,000 businesses have posted “guns welcome” or similar signs on their front doors. 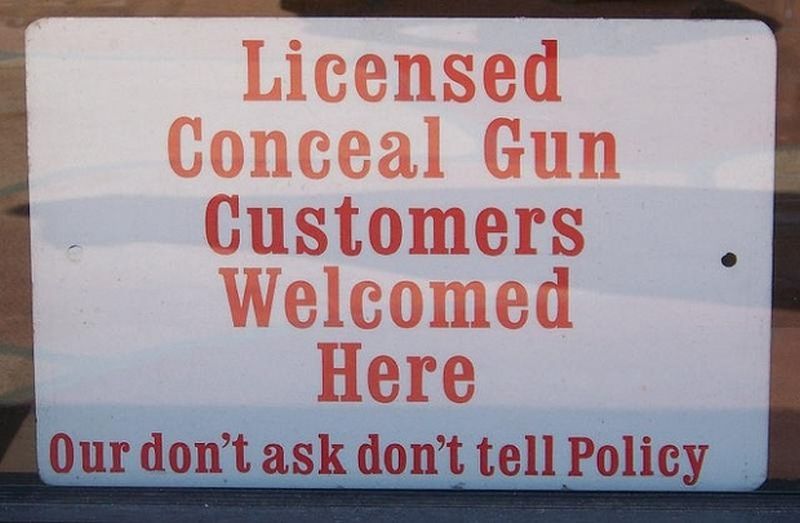 Whereas anti-gun groups have not had as much success.

Anti-gun group Moms Demand Action have in contrast, only persuaded 6 businesses to ban guns from their premises, including Target, Chipotle, Jack in the Box, Chili’s, and Sonic.

Most states across the nation allow citizens to freely carry, with the exception of Maine, North Dakota and Illinois — who completely ban guns in restaurants or in any establishment that receives more than half its profits from alcohol.

The state of Georgia has extremely lenient laws, allowing firearms into bars in restaurants. The law signed by Gov. Nathan Deal is one of the most comprehensive pro-gun bills in the country.

I know I would feel safer in a restaurant displaying that kind of a sign. Would you?