Firearms enthusiasts will sometimes invest in suppressors to reduce the noise which their firearms emit. The devices lessen the loudness of the guns, particularly in smaller spaces. Granted, they are still plenty loud, but are not deafening.

A suppressor is a device that many people would like to have in their gun collection, but it is difficult to acquire one due to National Firearms Act regulations. Each suppressor requires a $200 tax stamp and a special ATF form that can take many months to process.

Nonetheless, the suppressor market is still going today, and many Americans are buying them to protect their hearing. The world of suppressors includes a special suppressor device referred to as a ‘modular silencer’ (though the term ‘suppressor’ is a more accurate descriptor). This design challenges traditional suppressor designs, as The Firearm Blog discusses:

For decades silencers have consisted of a single tube with internal baffle sections sandwiched between two endcaps, one designed to mount onto the host firearm the other designed to be the business end. However a chain of historical, technological and economical events (along with the work of some big brains) have allowed manufacturers to get creative with overall silencer design. Branded as Modular Silencers, companies have developed ways to build suppressors that can be broken down into smaller sections, creating a variable length device.

This modular design can be used to make a shorter or longer suppressor by taking off or putting on specific parts. One of the key components of this design is that only one suppressor can be made at any time; separate parts from one modular suppressor cannot be made into two suppressors. 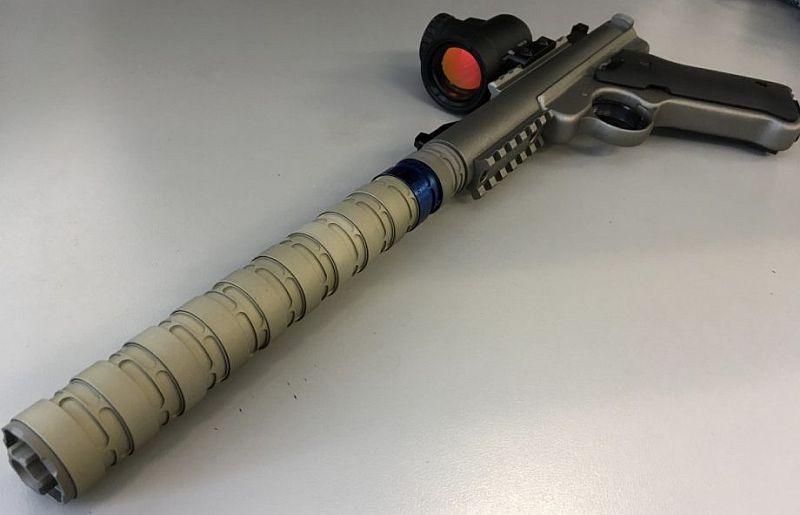 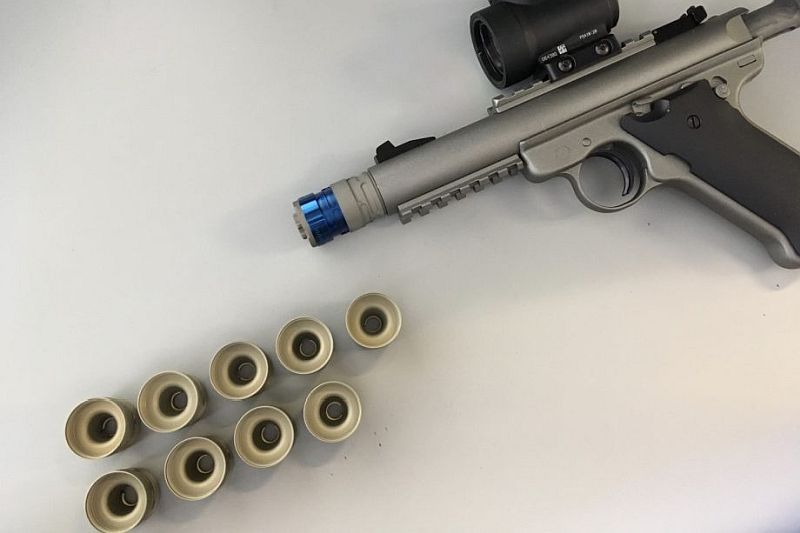 However, BATFE rules state that suppressor parts = suppressor. Hence, if you are buying a suppressor part, you’ll have to get the tax stamp and form 4 transfer completed. However, the argument with the modular design is that there are no “spare parts” but only unused parts.

By design, modular silencers do not have spare parts; if used in a short configuration, there may be unused parts, however the same set of circumstances can be crated with a traditional silencer and removing internal baffles.

So the argument goes that this kind of suppressor should not have a separate deal for suppressor transfers. But will the Bureau agree?

There are currently 9 companies that make modular suppressors:

Heckler and Koch’s patent explains how the system works:

This known silencer consists of an attachment piece that can be attached to the muzzle of a weapon, of an end piece, and, in between, of a series of rings that are successively placed in a centered manner, and that form the outer wall of the silencer, and between each of which a dividing wall featuring a firing opening is set, thus forming successive chambers.

The individual rings differ from each other in terms of their length so that only one single, specific ring is associated with each longitudinal segment of the silencer.

The issue is now a concern for suppressor owners because the rule change would affect sales of modular suppressors going forward. Those who own them already would be grandfathered in, but if the rule is changed and modular suppressors are required to go through even more onerous paperwork, it could dampen enthusiasm for the devices.

…[I]n relation to modular silencers, FATD acknowledged that it currently has pending before it a request for determination of legality from a modular silencer manufacture. Division Chief Griffith and Branch Chief Curtis raised concern over the determination request and the issues that must be addressed, including whether modular silencer are legal, when reduced in size. In essence, the concern stems from there arguably existing additional silencer parts that are not part of the modular silencer’s configuration, when it is reduced in length. In the event that ATF would rule that modular silencers are generally lawful, it raises a plethora of other issues, including where the markings must be placed (which is interrelated to ATF’s currently pending rulemaking: ATF-29P) or whether such silencers would require either specific location markings or multiple markings.

Our hope is that the Hearing Protection Act is passed, and/or suppressors are taken off the BATFE’s restricted items list.