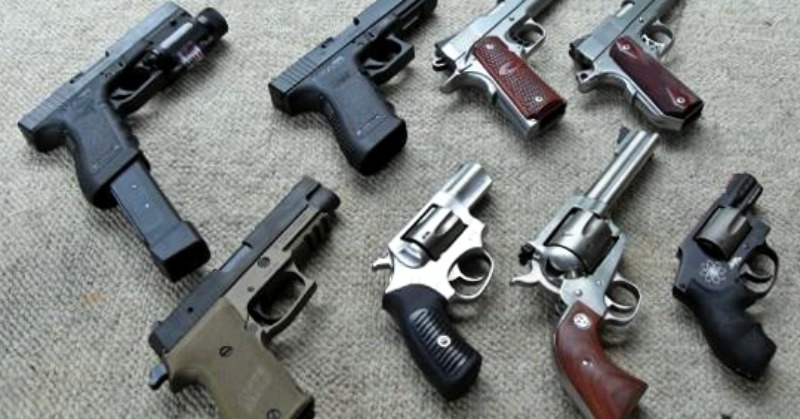 Liberals are reportedly starting to buy guns after President-elect Donald Trump’s election in an effort to protect themselves, according to a BBC report. What are they protecting themselves from? Oh, the danger of people who have different opinions and the hysteria drummed up by the mainstream media — despite the fact that Leftists regularly claim that we don’t need guns for self protection.

In fact, the “Liberal Gun Club,” which is “an actual club” with nine chapter and members in all 50 states,” says it saw a “huge” increase in interest once Trump was elected, as well as a subsequent surge in membership.

The BBC interviewed Clara, a 28-year-old transgender individual living in California who explained how her opinion on keeping and bearing arms has changed since the election.

Clara, who grew up in the Midwest, explained: “The folks that had guns were seen as hicks [or] culturally different.” In response to this view, Clara said “I really didn’t expect to be thinking about purchasing a gun. It was something that my father did and I rolled my eyes at him.”

Everything changed for Clara when Trump was elected, however. “Trump’s election has mobilized a lot of the far right and given them hope,” and the hope of millions of Americans has caused Clara to be afraid of that which she doesn’t understand. In response, Clara has decided to exercise the Second Amendment right the Left is hellbent on taking away.

“Things are already escalating and they will continue to do so and me not engaging or being prepared to defend my friends by force… isn’t going to stop people from being attacked or harassed,” she said.

Yes, things are escalating — Leftists are putting out numerous hoaxes in an effort to smear Trump and make people irrationally afraid of a president that simply wants to make America great again along with his millions of supporters.

Perhaps Clara missed Donald Trump’s post-Orlando Pulse comments, wherein he referred to the victims of the gay nightclub as “great people” and argued that any among them with concealed carry permits should have been allowed to be armed in the club to defend themselves and others. As things stood, Orlando Pulse was a gun-free zone, and the only person armed was the Islamist who entered the building intent to kill as many as he could.

Gwendolyn Patton, spokesperson for the LGBT gun rights group called the Pink Pistols, told the BBC that new members to the group fear that they will be “harassed by the gun nuts at the range.” Patton noted that quite the opposite is true as they are mostly “welcomed with open arms by the shooting community.”

Patton continued: “There are people who have professed to carrying a gun now because Trump made them feel unsafe. I think their fears are groundless but I can’t make them not be afraid, so whatever they need to do to feel safer, I don’t have a problem with that as long as they do it responsibly.”

It’s good to see the Left finally beginning to understand how important the right to keep and bear arms is, at least in some way, but it is very sad that they couldn’t do so on its own merits and instead have to be motivated by bigotry.