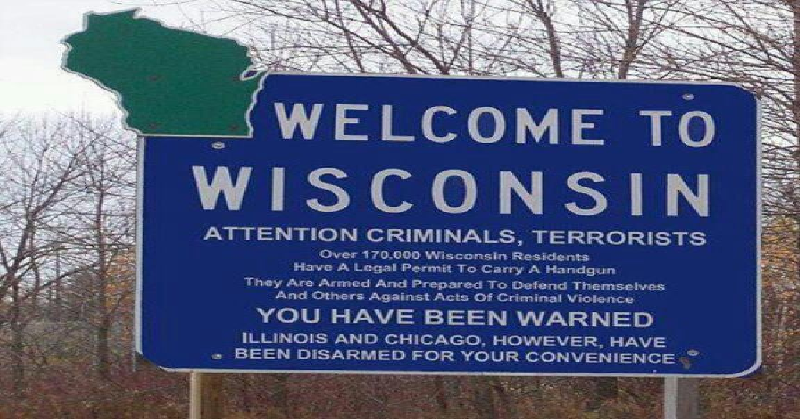 Despite the liberals of today who will exploit any tragedy to push gun control, the trend among States has been to relax gun laws, allowing more freedoms for law abiding gun owners to carry.

And what has been the result? Has there been an explosion of gun crime since there? Just the opposite.

The latest State to liberalize their gun laws has been Wisconsin, which began issuing concealed carry permits in 2011. Since then, over 280,000 people have obtained a license (1 in 16 members of the adult population).

As for the results, The Truth About Guns reported:

There was one manslaughter homicide by a citizen with a permit — who claimed self defense, but was convicted by a jury– in the last four years. That translates into a homicide rate for permit holders of about .22 homicides per 100/000 people per year. That’s less than 1/13 of the homicide rate for Wisconsin on average.

Part of the reason Wisconsin racked-up significant numbers of permit holders: they learned from the mistakes made by previous states. Requirements for the permit were not burdensome. The original fee was set at $50, but experience proved that $40 was sufficient to meet state costs. (Yes, they lowered the fee.) Wisconsin does not require fingerprints or photographs for their permit.

To put in perspective how law abiding concealed carry permit holders are, they misuse their privilege at a lower rate than members of law enforcement. Remember that next time a liberal tells you that only police should have guns.