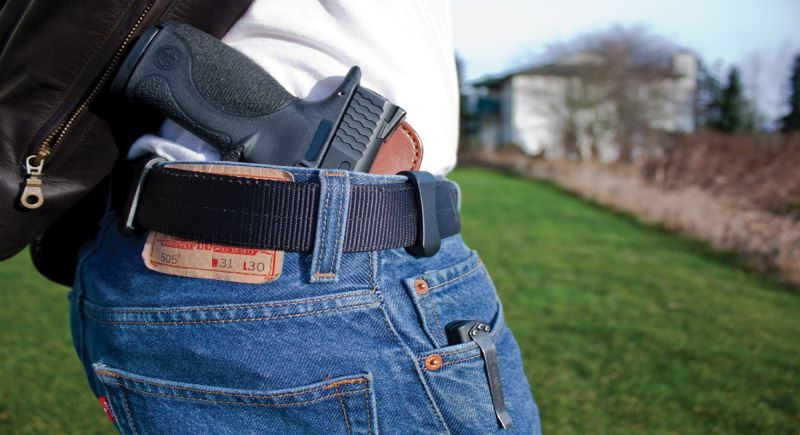 The Washington Times is reporting that as the number of Chicago residents with concealed carry handgun permits is rising, crime is steadily declining.

Since the state of Illinois began granting concealed carry permits this year, the number of individuals arrested for robbery has fallen 20 percent.

“It isn’t any coincidence crime rates started to go down when concealed carry was permitted. Just the idea that the criminals don’t know who’s armed and who isn’t has a deterrence effect,” said Richard Pearson, executive director of the Illinois State Rifle Association. “The police department hasn’t changed a single tactic — they haven’t announced a shift in policy or of course — and yet you have these incredible numbers.”

As of July 29 the state had 83,183 applications for concealed carry and had issued 68,549 licenses. By the end of the year, Mr. Pearson estimates, 100,000 Illinois citizens will be packing. When Illinois began processing requests in January, gun training and shooting classes — which are required for the application — were filling up before the rifle association was able to schedule them, Mr. Pearson said.

“The temperature would be 40 below, and you’d have these guys out on the range, having to crack off the ice from their guns to see the target,” Mr. Pearson said. “But they’d do it, because they were that passionate about getting their license.”

The demand has slowed this summer, but Mr. Pearson expects the state to issue about 300,000 concealed carry permits when all is said and done.

Illinois became the 50th state in the nation to issue concealed weapons permits. An individual permit costs about $600 and requires at least 16 hours of classes.

This news hardly comes as a surprise to conceal permit advocates. A well-armed populace is a considerably safer populace. Statistically, the cities with the most crime are those with the strictest gun control laws. That used to be Chicago, but now that the residents of the Windy City can carry legally, that fact is quickly changing.