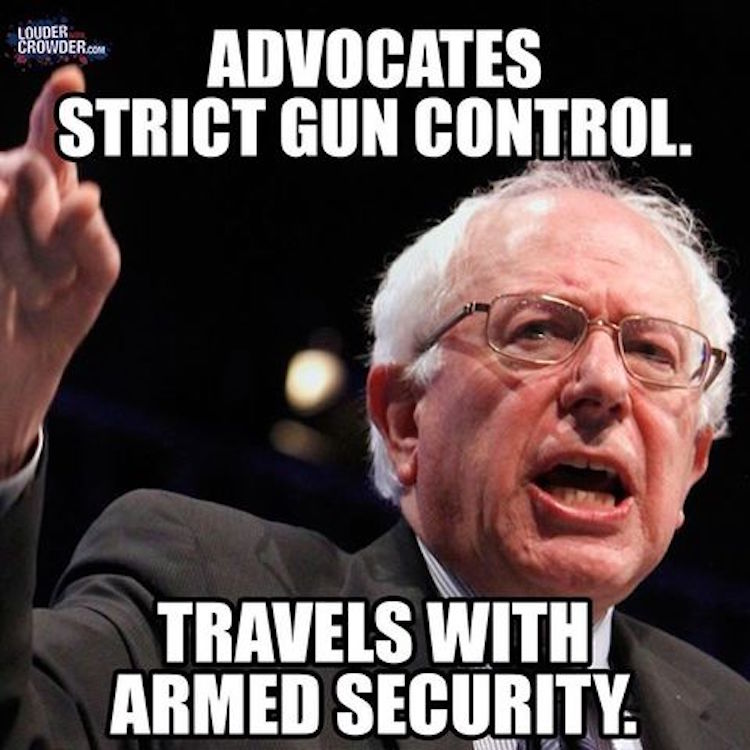 You might know Tim Young from his appearances on Fox News, CNN and RT.

What you might know – if you listened to him – is that he supported gun control.

The comedian, who lives in Washington, D.C., was headed to a nightclub when he was held up at gunpoint.

“Terrified. You know, when I talk to people about this… you’re scared,” he said recounting the experience. “There’s no man card involved. I was defenseless.” The men ran off with his cell phone.

Details: Last night I was robbed at gunpoint by 2 men in DC by the new @TheWharfDC on the way to get coffee at @dolcezzagelato at 7:45pm.
They got my phone and tossed me around while people watched from a half block away. Then they ran off.
Thanks to @DCPoliceDept for your help.

As many as seven other people witnessed the attack but nobody stepped in to help him. Two people, he said, called 911 only after it was over and the others “walked off.”

The whole incident changed his mind on gun control. He said he plans to apply for a concealed carry permit in the District – which won’t be easy because it’s the hardest place in the nation to do so.

So what would have changed if he had a gun? He told local television that he would have pulled it out to defend himself.

He addressed people who are against conceal carry permits by saying they’ve probably never been in his position.

“I think a lot of those people who are opposed to having a conceal carry permit and being able to own a weapon have never had one pointed directly at them when they have nothing on them,” Young said.

He plans to get trained and go through all the requirements necessary so he can carry a gun outside his home.

“That level of fear and that level of helplessness that you feel, it doesn’t compare to anything else I’ve felt in my life.”

Young – who is also a writer with the Washington Examiner, warned people not to be as “stupid” as he was.

“It’s scary as shit, and I hope nobody else has to go through it,” Young said. “I think my big point to a lot of people is, people who are anti-Second Amendment and anti-concealed carry probably have never been held up with a gun or had their life threatened. I took a lot for granted, but once you’re in a situation like that you turn around and go, ‘Wow, was I stupid.’ My career is based off of calling people stupid and laughing at them, and then I look at this and I think, ‘This is the time I was really stupid,’ and I don’t want other people to be as dumb as I was in this instance.”