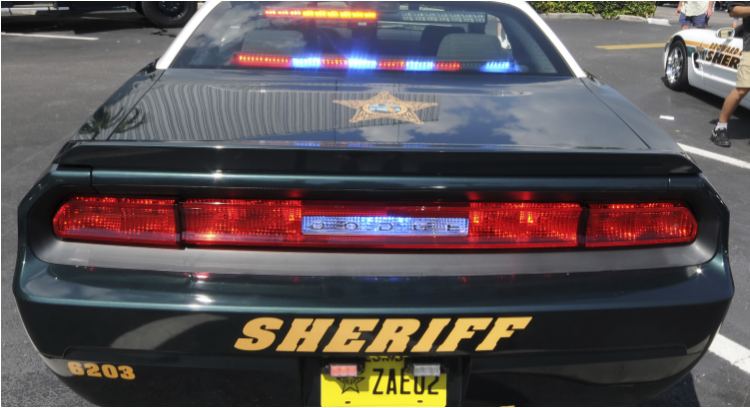 This is very encouraging and shows that while politicians may be able to pass gun control measures, enforcing them is a very different thing!

On March 4, Burlington voters joined a push by elected officials throughout northeastern states to enact stiffer gun control measures. By a 2-to-1 margin, they banned the carry of firearms in bars and restaurants, authorized police to confiscate guns during domestic disputes and required gun owners to keep firearms locked up at home.

“It’s astonishing that people are so cavalier about violating the Second Amendment,” Mack said. “Burlington City Council sounds like they are just following the trend to do things that are entirely unconstitutional and go around sheriffs, and go around the laws, or subvert the laws, or disobey the laws.”

The Constitutional Sheriffs and Peace Officers Association, which touts sheriffs as the highest law enforcement officials charged with defending the rights of citizens in states, claims that 17 police associations and nearly 500 sheriffs nationwide have pledged to defy unconstitutional gun control measures.

The thought that Vermont’s top law officers might publicly oppose gun restrictions isn’t a novel idea. Sheriffs in Colorado are refusing to enforce that state’s new background checks and ban on high-capacity magazines. In Connecticut, tens of thousands of residents are refusing to comply with a new state law that requires registration of guns and high-capacity magazines. In Saratoga Springs, N.Y., citizens publicly protested the state’s new SAFE Act last week by burning a thousand gun registration forms.

In Vermont, hundreds – some blazoned in orange hunting attire and hoisting the Gadsden Flag – rallied at the state Capitol to urge the Legislature to uphold Vermont’s strong Second Amendment gun laws, among the most robust in the nation.

When asked if Vermonters might follow the citizens of neighboring states and refuse to comply with gun control ordinances, Bill Moore, a policy analyst at the Vermont Traditions Coalition, predicted that noncompliance would be “highly likely and widespread.”

A standoff between Burlington and Vermont gun owners may be a ways off, however. According to Moore, Burlington’s ordinances are largely symbolic because they violate Vermont’s “Sportsmen’s Bill of Rights,” a state law that prohibits municipalities from enacting their own gun laws.

“These ordinances, as the anti-gunners will admit, are intentionally and specifically meant to challenge the Gun Owners’ Bill of Rights and Vermont’s current constitutional protections,” Moore told Watchdog.

According to Moore, the Burlington City Council advanced the measures to create an opportunity for the Legislature to revise Vermont’s strong Second Amendment protections — an outcome that he said is “not highly likely.”

Burlington councilman Paul Decelles, one of the few officials to vote against the proposed changes to the city charter, echoed that sentiment.

“I think every single one of the councilors recognized that this is never going to pass the state test, but they pushed this along to have a broader discussion at the state level. I don’t think any one of them thinks this is actually going to be upheld,” Decelles told Watchdog.

Weinberger has been an outspoken member of Michael Bloomberg’s national coalition of pro-gun-control mayors, which advocates for local gun control in the name of safety, but whose members have fled recently due to revelations the organization wants nationwide gun confiscation.

“Another thing the mayor of Burlington needs to ask himself is, do the Supreme Court decisions of Heller and McDonald mean anything at all, that people have the right to keep and bear arms? Does the Second Amendment mean anything, or are you allowed to act as if it doesn’t exist just because you don’t agree with the law?”

Despite opponents’ views the ordinances are illegal, it remains unclear what would happen if Burlington’s measures gain traction at the Legislature.

“I know our chief of police very well, and I know many cops in Burlington, and they would never walk into somebody’s house and demand to see guns,” Decelles said. “They would never do these things. They are more concerned about real crime.”

Do you approve of this?