Because the gun control crowd hasn’t proven enough that they are unhinged lunatics, along comes one who has to top them all.  Rejina Sincic created a ‘Stop Gun Violence’ PSA that actually encourages kids to take firearms from their homes and bring them into schools to turn in.  Not only would these kids be breaking the laws and probably get expelled from school but God forbid these firearms were loaded and something happened. 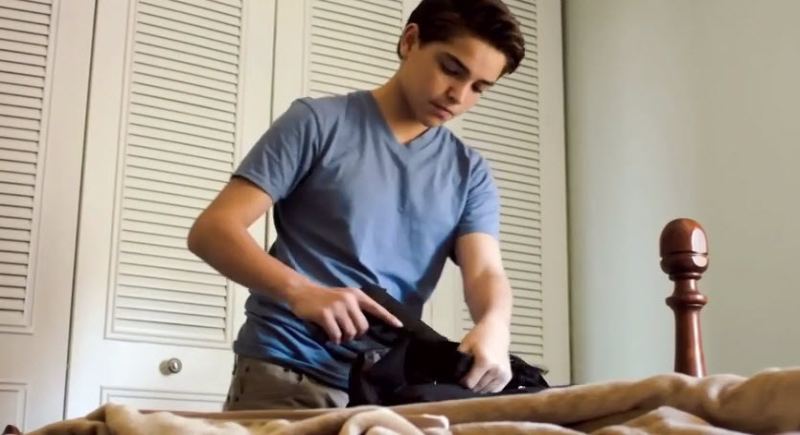 Director Rejina Sincic has created a disturbing video, advocating that teens commits multiple felonies—several of which could lead to injury or death through negligent discharge of the weapon—because of her own hysterical, irrational fear of firearms.

In the video, a boy steals an unholstered (presumably loaded) firearm from his mother’s room, drops it unsecured into his bookbag, and then carries it to school. After class the boy pulls the pistol out of his bookbag and puts it on his startled teacher’s desk, saying, “Can you take this away? I don’t feel safe with a gun in my house.”

In the real world, such an act would result in the boy facing numerous felony charges (exact charges depend on state laws) possibly including weapons theft, unlawful possession of a weapon by a minor, illegal concealed carry of a weapon, carrying a weapon onto school property, assault, and brandishing.

He would face the possibility of felony criminal record and mandatory expulsion from his school… and this is the kind of behavior that deranged gun control supporter Sincic is hoping that children will emulate.

What is wrong with these people?