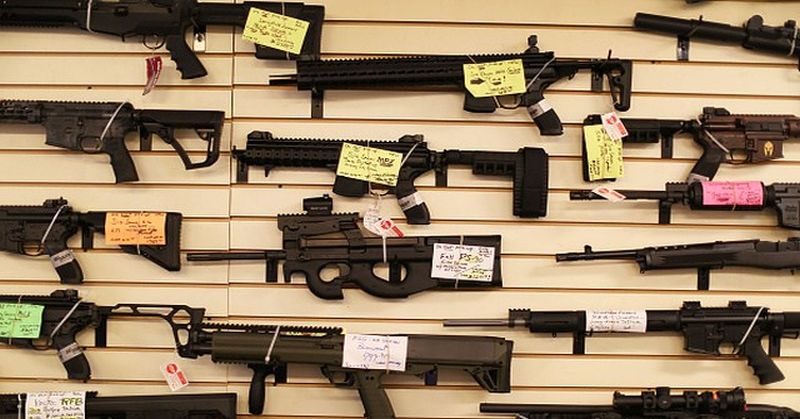 At some point in the future, the Democrats will regain control of the White House, the Senate, and yes even the House of Representatives. That time may be in a few years, it may be in January. But at some point it will happen. When it does, we all must be extremely vigilant when it comes to any remote threat of an attack on our Constitutional rights, especially the right to keep and bear arms.

The first major gun control law that they Democrats will attempt to ram through Congress, and subsequently down our throats, will be another “Assault Weapons Ban.” And this time, there won’t be a sunset clause. Don’t expect a lucky break like that ever again. Once it’s signed, that’s it. Done.

The law is already written and has been introduced in Congress. It is H.R.4269, the “Assault Weapons Ban of 2015.” So far there have been very few actions, the last one being taken in January of 2016, but don’t think that it’s just going to die off. Gun-grabbing control-freaks will bring it up again and again and again.

And we will have to fight and fight and fight. Despite the arguments that are on our side, the statistics and logic, and even legal analyses that give us the true upper hand in a fair fight, we cannot allow ourselves to let our guard down at any time.

Our vigilance must always overcome their sociopathic desire to control hundreds of millions of people. The second we let down our guard is the exact second we lose. In a time where our right to bear arms has never been under attack to this degree, we must know all of our options. And I’ve found one that is rather unorthodox, but would be a legal remedy to a Constitutional violation on a societal level.

Michael Filozof at American Thinker wrote a remarkably well-thought out article on how the states can use their power to resist the fascist scheme of the federal government, if/when that time should come.

The solution he suggests is not one that involves overthrowing the feds, or even killing anyone at all (it would be a bad idea to start shooting at the feds). It’s rather peaceful actually, and one that could be the exact Hail Mary that we may need in future years.

If the Supreme Court upholds a national “assault weapons” ban, what recourse do the people have? In deep-blue “liberal” states like New York, California, Massachusetts and Connecticut, the answer is “None.” These states have already enacted legislation nearly identical to H.R. 4269, with very little opposition and widespread public support.

But conservative, pro-gun “red” states might have one final ace in the hole.

Liberal gun-banners have long held the position that the Second Amendment only protects the right of state militias to bear arms, and that such a right does not extend to the general public not enrolled in the militia. Justice Scalia destroyed that argument with a close textual analysis of the Second Amendment in the landmark gun-rights case District of Columbia v. Heller. But in a virulent dissent, Justice John Paul Stevens reiterated the liberal “only militias can have guns” interpretation.

Should Stevens’s dissent become the majority opinion in a future case, conservative, pro-gun state legislatures could turn the “militias only” argument against the gun-banners by passing legislation expanding the membership of their state militias to all adult residents of the state, and specifically empowering all adults to purchase military-style semi-automatic rifles and magazines capable of holding more than ten rounds.

Were such a scenario to occur, the Federal government might try to suppress the arming of the newly-redefined state militias by banning arms and ammunition sales to them through the Interstate Commerce Clause. Such action would precipitate a constitutional crisis between the states and the Federal government.

This is a truly fascinating argument. What a display of federalism this would be if dozens of states, perhaps upwards of 30 or more, amended their laws and constitutions to recognize every adult residents of their respective jurisdictions as militia members, thus granting the right to bear arms to every resident as originally guaranteed by the Second Amendment of the federal Constitution.

In the end, what this amounts to is a kind of word game that we may be forced into. Since gun-grabbing control-freaks just cannot accept the fact that there is a right to bear arms, and that the right is enshrined in codified law, they have to mess with the meaning of words to get what they want.

So we will be forced to play the game, in all likelihood. We can only sit on the sidelines for so long. If we continue to sit there, the game will be over before we even warm up. The time to start preparing is now, to formulate new ways of countering their lies and sophistry.

Maybe it will get to the point where the feds pass a foreign-style gun ban, like that of Australia, and maybe they will eventually come after handguns and try to regulate away the right to carry a firearm for self-defense in public. That’s certainly plausible.

The solution is to throw their tactics back in their face, and to not be sorry about it. They aren’t sorry about their socipathic desire to oppress hundreds of millions of people, and we should not be sorry about using the tactics they have brought onto the field to stop further encroachments.

It’s not a pretty idea, it may even be one that a lot of people will object to, saying that we need to keep the moral high-ground. But what good does that do when the entire meaning of “moral high-ground” has been redefined through subtle manipulation of language?

We need to control the narrative, and if that means ultimately altering the laws and constitutions of the states to classify every adult as a member of the militia, so be it. The states are one of the last barriers to federal oppression. That’s what a federal system was designed, and not a unitary one.

It’s time we start considering how we can use this great system to our advantage.