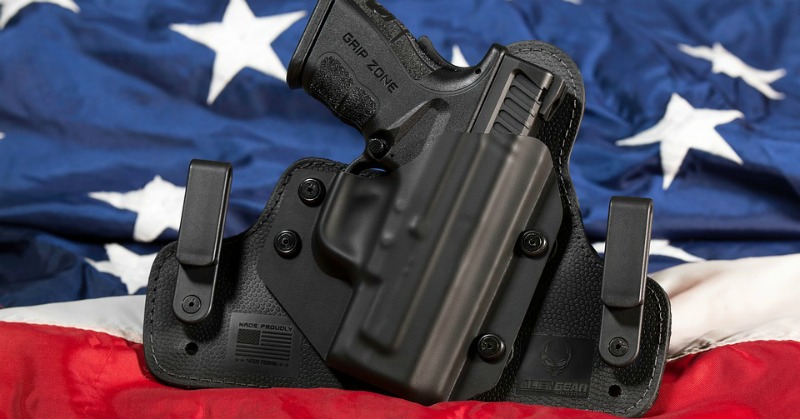 Yesterday was a big opening day for the 115th Congress. Sen. Ted Cruz made good on his word to introduce an amendment regarding Congressional term limits, and now Rep. Richard Hudson (R-NC) introduced a huge piece of legislation: national concealed carry reciprocity.

Hudson’s office released a summary of the groundbreaking legislation:

Rep. Hudson’s bill, which is supported by major pro-Second Amendment groups, would allow people with a state-issued concealed carry license or permit to conceal a handgun in any other state that allows concealed carry, as long as the permit holder follows the laws of that state. It also allows residents of Constitutional carry states the ability to carry in other states that recognize their own resident’s right to concealed carry.

Breitbart posted this important note about the legislation:

Hudson’s legislation not only establishes national reciprocity for concealed permit holders but also national reciprocity for residents who live in states that require no permit for concealed carry. In the former situation the concealed carry permit of any state would be valid in every state and the “identification document” in possession of a resident of a constitutional carry state would serve as a permit to carry without a license in other states.

You can take a look at what the bill states below:

In yet another example today of a politician holding true to his word, Hudson promised back on Dec. 13 in a Breitbart News podcast, “Bullets with AWR Hawkins,” that the national carrry reciprocity legislation would be introduced as soon as he got the chance and that’s exactly what he did — on the opening day of the 115th Congress, no less.

I believe the plain language of the constitution is real simple where it says there should be no infringement on our right to keep and bear arms. So I personally believe you shouldn’t have to get a permit from the government to carry a concealed weapon. I think that’s a right, an inalienable right. But, there are some states that don’t agree with that. But there are some states around the country–like Montana, Vermont, and others–that do not require you to get a permit to carry a concealed weapon. And if you happen to live in one of those states, with my legislation you ought to be able to carry in any state that recognizes concealed carry.

This has been quite an opening day for the 115th Congress and if they keep the momentum going, 2017 is going to be one hell of a year.