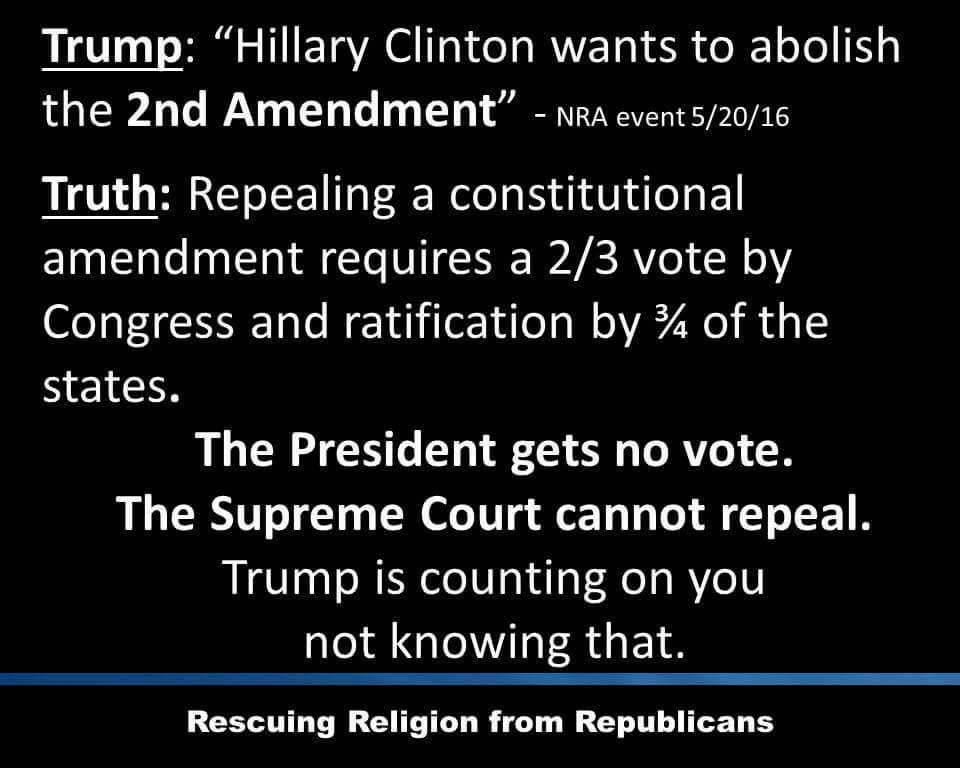 Contrary to the above meme, Hillary Clinton would LOVE to abolish the 2nd Amendment, but of course she cannot…on her own.

However, with a Democrat-controlled Senate and House, a nightmarish Clinton Presidency could pass all kinds of outrageous gun control laws, including another ban on firearms that are scary-looking to them.

And if Hillary Clinton, God forbid, gets back into the White House, she’ll also have Supreme Court justices to nominate, possibly three of them. With far-left-wing activists sitting on the SCOTUS, anything is possible.

Far-left activist justices, who care little for the Constitution, will indeed allow infringements upon the 2nd Amendment — and no one knows what their limit would be.

Any form of gun control is an infringement on the 2nd Amendment. Some states have continually whittled the rights of people away so much that criminals enjoy an open season on law-abiding citizens.

More Democrats than ever are finally admitting they want to do away with the 2nd Amendment. Before they used to pretend they recognized the right it guaranteed.

If enough of the wrong people are in the three branches of government, you can bet they will do everything possible to infringe upon Americans’ fundamental right to self-defense in any way they can. Chipping away, one gun control law at a time.