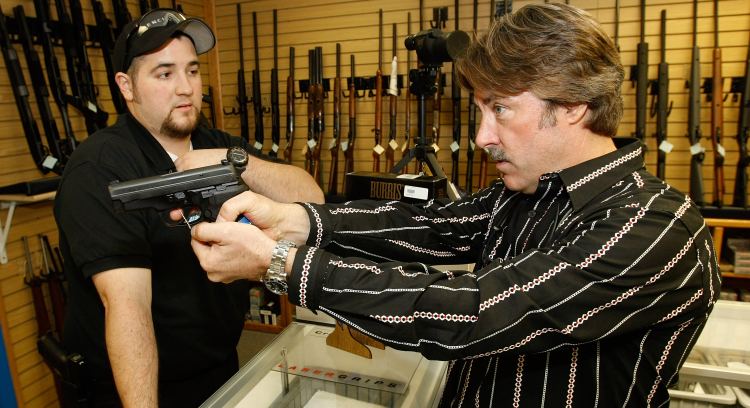 The gun controllers in Chicago are at it again. You would think the fact that gun control has turned Chicago into the homicide capital of the country would make them rethink their approach, but…

Mayor Rahm Emanuel is proposing a far-reaching ordinance that would keep gun stores out of most parts of the city and require them to videotape every sale to deter customers from buying firearms for crooks.

The ordinance is a response to a federal judge’s ruling in January that Chicago’s longtime ban on gun stores was unconstitutional.

Under the proposed ordinance, special-use zoning would keep gun stores out of 99.5 percent of Chicago, limiting them to pockets of the North, West and South sides, city officials said. The stores could not be within 500 feet of a school or park.

Store owners would have to conduct quarterly audits of their gun sales and allow police to inspect their records. They also would have to get the police to approve a security plan before they could open their doors.

“There is no question it will be the smartest, toughest regulation on gun stores in the country,” said Janey Rountree, the mayor’s deputy chief of staff for public safety. “It’s designed to prevent gun trafficking and illegal sales in these stores.”

Peter A. Peterson, a Washington attorney for gun-rights advocates who sued the city over the store ban, said he could not comment until he sees the ordinance. Todd Vandermyde, a spokesman for the National Rifle Association in Illinois, also declined to comment.

What do you think about requiring gun store owners to videotape every purchase?