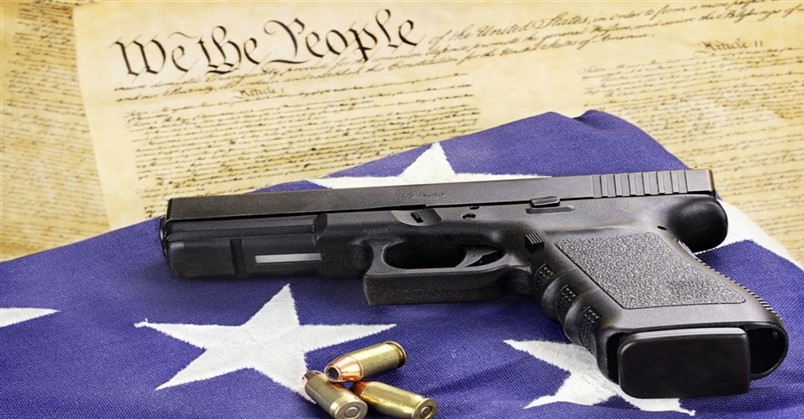 The architect of ‘the surge’ has gone from being a defender of American freedom to a foe with his joining the ranks of those who are determined to undermine the Second Amendment.

Petraeus has partnered with the husband of former Democrat congresswoman Gabrielle “Gabby” Giffords and other military veterans to form a new addition to the gun-grabbing pressure groups that are hellbent at cracking down on gun owners.

during a Tucson political rally in 2011.

Her spouse, retired astronaut Mark Kelly is on the record as being in support of Barack Obama’s gun control efforts and Petraeus will bring star power and national visibility to the crusade.

The two announced on Friday that they were launching Veterans Coalition for Common Sense to encourage elected leaders to “do more to prevent gun tragedies.” The group will feature veterans from every branch of the military who are urging lawmakers to toughen gun laws, the organization said in a news release.

“As service members, each of us swore an oath to protect our Constitution and the homeland. Now we’re asking our leaders to do more to protect our rights and save lives,” said Kelly, the husband of former Arizona Rep. Gabrielle Giffords and co-founder of Americans for Responsible Solutions, a group that advocates for tougher gun laws.

He retired from the Army in 2011 and was subsequently named CIA Director in what many viewed as a shifty political move by Obama to remove the potential threat of his running against him in the 2012 election.

The bottom fell out entirely for Petraeus after his sleazy adulterous affair with biographer Paula Broadwell was exposed and he resigned his position at the CIA in 2012. It was divulged that he had inappropriately – and illegally – shared classified material with his lover during her writing of the ironically entitled All In.

pleawith the feds to avoid prison time and ended up with what was essentially a slap on the wrist.

As the treatment of Hillary Clinton over her email server shows there are different standards when it comes to those who are full-fledged members of the establishment as opposed to everyone else.

The man once glowingly referred to as King David has managed to significantly rehab his image although his throwing in with those seeking to disarm millions of law-abiding Americans may not go over very well with conservatives who once idolized him.