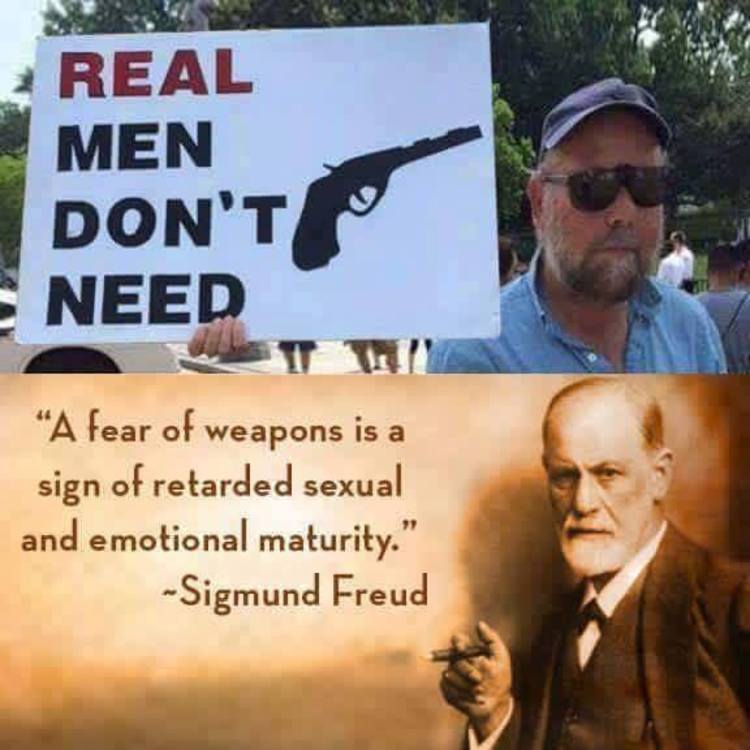 In what is going to be a major blow to New York State, gun manufacturer Kimber has decided to expand its company — but not in New York.

Kimber, which is based in New York State, has decided to expand into the more gun friendly state of Alabama, AL.com reports.

The gun manufacturer will bring 366 jobs with it when it builds a $38 million production facility in Troy over the next five years.

“Kimber’s investment in Troy will create a significant number of high-paying design engineering and manufacturing jobs, and we are committed to helping the company find long-lasting success in Alabama,” Alabama Gov. Kay Ivey said in her State of the State address.

Kimber’s president and chief executive officer, Leslie Edelman, said that it was attracted to the state because of its “impressive track record” of bringing in, and keeping, world-class manufacturing companies.

“Growing our company intelligently depends significantly on being in the right manufacturing environment, and in Troy, we have a community dedicated to our long-term success,” she said. “It has been a pleasurable and fruitful experience working with (Troy) Mayor Jason Reeves and his team.”

The company’s entrance into Alabama is being driven by demand for its products, James Cox, Kimber’s chief financial officer, said.

Alabama Secretary of Commerce Greg Canfield called Kimber “a first-class firearms manufacturer with a reputation for precision craftsmanship, dependability and accuracy, which makes it just the kind of high-performance company we want to attract to the state.”

“We look forward to Kimber joining the ranks of great manufacturers that are growing and thriving in our state,” he said.

Kimber did not mention Democrat New York Gov. Andrew Cuomo’s anti-gun agenda, but it would be ridiculous to believe that it was not a factor.

New York has some of the strictest gun laws of any state not named California. From limiting magazine capacity to making law abiding citizens have to traverse many obstacles en route to gun ownership, it has shown that it is not a welcoming place to those who support the Second Amendment.

The state’s draconian SAFE Act has led to an increase in arrests of gun owners every year.

The New York based company made the announcement in a press release on Jan. 9.

“Due to an unprecedented year-over-year growth in demand, every time the company has embarked upon a planned expansion, the newly created capacity is exhausted before the expansion is complete,” said James Cox, Kimber’s chief financial officer. “As we continue to move into uncharted waters in regards to Kimber product demand, it was important to us to build a facility that will allow us to secure a significant new plateau of capacity.”

“We are pleased with the impressive track record that Alabama has with attracting and retaining world-class manufacturing companies,” said Leslie Edelman, Kimber’s president and chief executive officer. “Growing our company intelligently depends significantly on being in the right manufacturing environment, and in Troy, we have a community dedicated to our long-term success. Working with the Alabama Department of Commerce as well as Mayor Jason Reeves and his team has been a pleasurable and rewarding experience.”

“We will be building a large, automated, state-of-the-art design engineering and manufacturing facility in Troy to support Kimber’s growth plan and strategy,” said Greg Grogan, Kimber’s chief operating officer. “Troy offers us expansion with a passionate workforce, affordable utility costs, a pro-business environment, experienced local training support, and long-term incentives from the State of Alabama and the City of Troy alike. This expansion, in conjunction with our existing manufacturing facilities, talented and experienced employees, and best-in-class products provides for exciting times here at Kimber.”

“This is a dream come true for the City of Troy and for me personally; a firearms manufacturing company with such a stellar brand as Kimber, creating jobs and capital investment for the community,” said Jason Reeves, Mayor of the City of Troy. “Troy has a strong manufacturing base and Kimber will certainly, positively add to that.”

Do you think New York’s anti-gun environment drove Kimber to Alabama? Tell us in the comments.