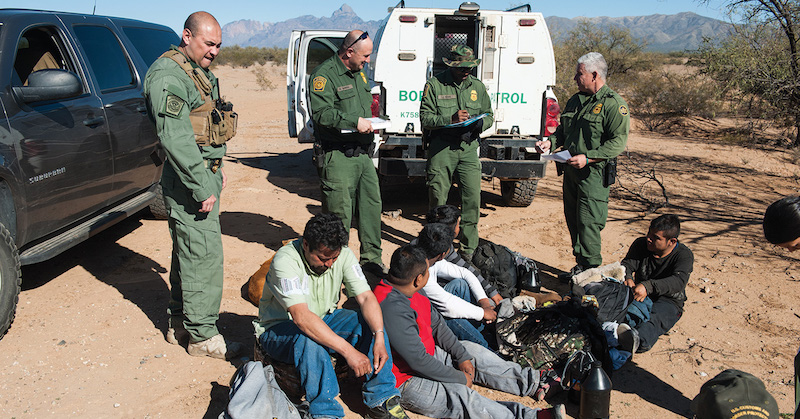 Border patrol agents who don’t comply with the new “catch and release” program and continue to ask illegal aliens why they are here will be fired.

Because it’s totally embarrassing when 40 percent of illegal aliens captured don’t show up for their scheduled court appearances, the Department of Homeland Security has ordered agents to ask two – and only two – questions of people they capture: Are you a convicted felon? And have you been in the United States continuously since January 2014?

If they merely claim they’re not a felon and that yes, they have been here for two years, border patrol agents are ordered to let them go. They don’t need to provide proof of any of this – just make the claim.

“A lot of agents will actually ask them where they heard this from and they’ll tell the agents, ‘Well, I was just told to tell you,’” testified Brandon Judd, President of the National Border Patrol Council.

Judd made his sworn statement before a House Committee this week.

“Right now the Border Patrol has actually told us that we can no longer ask them that question, why are they coming any more?” Judd said. “We can’t even ask that question. In some cases, we still do, but we are being told that you can’t even ask why they are coming.”

“What do you think are the consequences for agents who are unwilling to comply with these limiting policies?” asked Rep. Raul Labrador (R-Idaho).

Labrador than asked, “So for wanting to enforce the law that is in the books, they are going to be terminated from their jobs?”

He said no agents have yet been fired because the agents in Judd’s group follow the policy directives.

While illegal immigration surged in 2014, Judd said the numbers are even higher now, The Daily Caller is reporting.

“The vast majority are coming because they understood that they would be allowed to stay, and that the smugglers are telling them and advertising in their home countries that if they get to the border that they will be released and allowed to stay for an indefinite amount of time,” Jessica M. Vaughan of the Center for Immigration Studies testified at the same hearing.

Judd said that the Mexican drug cartels are taking advantage of the surge of unaccompanied minors crossing the border. In the Texas region.

“Why did the cartels drive them to the middle of the desert and then have them cross over the Rio Grande only to surrender to the first Border Patrol Agent they came across?” Judd said before the committee. “The reason is that it completely tied up our manpower and allowed the cartels to smuggle whatever they wanted across our border.”