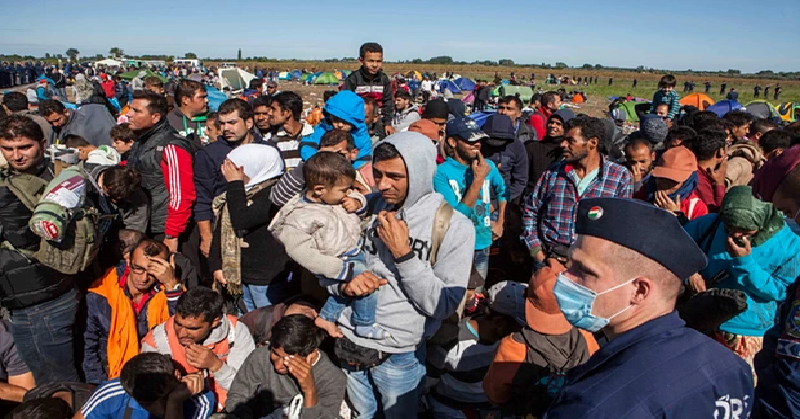 Since the Canadian military has dropped out of the international coalition effort to defeat ISIS with airstrikes, apparently, they have enough time on their hands to begin building the long-term refugee camps, Rebel Media is reporting.

The website obtained documents detailing plans to set up refugee camp-style accommodations at seven Canadian Forces Bases across the provinces of Quebec and Ontario. Clearly, Prime Minister Justin Trudeau didn’t get the memo on how well these refugee camps are doing in Europe. The cost: $33.2 million ($46 million Canadian). The plan will construct taxpayer-funded mosques as well.

In addition, the funding includes hundreds of thousands of dollars for “religious support” including Korans, prayer rugs and other religious items.

It’s shocking that Canadian Armed Forces personnel will be ordered to abandon the coalition battle against ISIS and return to Canada to become waiters, chauffeurs and social workers for Muslim migrants, and that Canadian Forces Bases will be turned into squalid refugee camps.

It’s a disgrace that Canadian military personnel have been sent eviction notices to make way for foreign migrants.

But for the DND’s budget to be diverted away from military purposes and towards buying Korans and building mosques for foreign migrants, is especially outrageous.

Canada has already accepted almost 16,000 Syrian refugees from UN camps in the Middle East. The Trudeau Administration plans to take in 10,000 more just this month, the AFP is reporting.

He said other cities and towns have stepped up to fill part of the gap, while several real estate developers offered the use of their rental or condo units.

“We have not stopped (nor) slowed down at all the arrival of (refugees) at the airports. They’re still arriving in large numbers as scheduled,” McCallum told a press briefing.

“To the extent that we’re unable to settle those who keep coming in large numbers quickly enough, we may have recourse to the military bases and that was always a part of the plan,” McCallum told a press briefing.

“I think the fact we have not yet needed them is perhaps a good sign. But we are quite likely to need them before the exercise is completed,” he added.

The Canadian military has already made 6,000 beds available to accommodate the refugees.