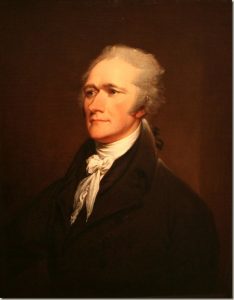 “THE importance of the Union, in a commercial light, is one of those points about which there is least room to entertain a difference of opinion, and which has, in fact, commanded the most general assent of men who have any acquaintance with the subject.”

– Alexander Hamilton, Federalist No. 11, “The Utility of the Union in Respect to Commercial Relations and a Navy,” Independent Journal, November 24, 1787; “The Federalist (The Gideon Edition),” (1818), Edited with an Introduction, Reader’s Guide, Constitutional Cross-reference, Index, and Glossary by George W. Carey and James McClellan (Indianapolis: Liberty Fund, 2001)