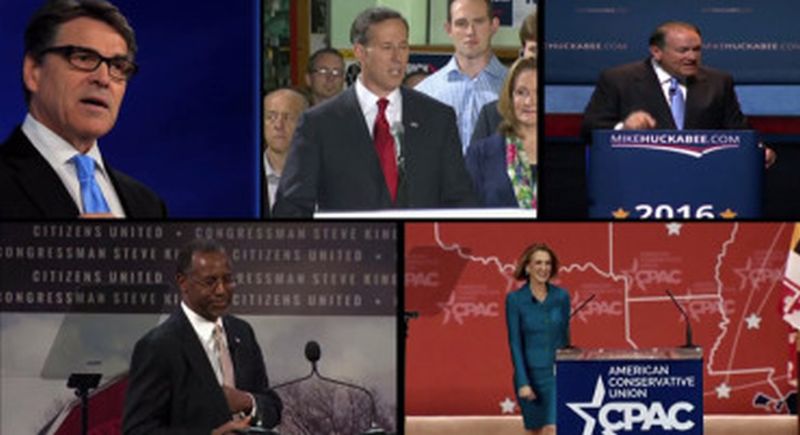 This weekend I was in Denver, Colorado covering the 2015 Western Conservative Conference and had the pleasure of sitting with the press corps.

There were a myriad of media outlets represented including, Fox News, local NBC Channel 9, Associated Press, Washington Examiner, University of Colorado, the Denver Post, large and small bloggers including The Federalist Papers Project, of course, just to name a few.

Of all the exhibits, speeches, debates, music and general pomp and circumstance surrounding these things, I was most looking forward to watching the mainstream media’s response to the Christian conservative battle cries. They did not disappoint.

For the most part, it was very easy to pick them out. The first telltale sign were those who chose not to honor the call to rise for prayer. Most stood for the pledge of allegiance, but many did not say the words.

As individuals, these reporters absolutely have a right to believe in whatever deity, non-deity, or absolutely nothing in their personal lives. I have no objection to them abstaining from participation in the prayer.

However they are covering a conservative Christian conference so these things are to be expected. I would have hoped for a sign of respect for their hosts, and the conference is their host as the media does not pay to attend, by at least letting departing from the adolescent eye roll.

Some were unable to control their personal feelings during the speeches and actually verbally responded to the rallying cries of speakers as they outlined the ills of our country and calls to fix them.

Friday night, Raphael Cruz, father of presidential contender Ted Cruz, gave an impassioned speech about immigration, pride in America, the American dream and the like, not to mention stumping for his son.

At one point he made a comparison of fleeing Cuba’s Fidel Castro who came to power on the promise of “hope and change,” “wealth distribution,” and attacks on religious freedom to Obama. One reporter from a prestigious paper verbally responded in complete disdain, “Oh please!

Country singer/songwriter, Michael Martin Murphey, joked that according to the left, conservatives were the cause of global warming. This same reporter sarcastically responded, “I thought the media was causing it.”

Apparently Tea Party Co-Founder, Jenny Beth Martin, had nothing worth reporting on since the reporter sitting next to me spent the entire time perusing cooking websites.

My personal favorite was watching the exodus of mainstream media during specific sessions like “Decline of the Mainstream Media” and “Liberalism Hurts the Poor.”

Again, in fairness, they do not have to agree with what’s being spoken and maybe they felt these sessions were not newsworthy. However, I find it in line with most liberals in that anything that doesn’t fit their narrative warrants the attack it, or ignore it stance.

It was so evident that these specific reporters were incredibly unhappy about being at this conference. It is no wonder their reporting reflects their personal view. They could not even put on a face of honor and courtesy in person let alone behind the anonymity of their keyboards and websites.

I do have to say there were a few mainstream reporters who were polar opposite. They were very respectful to the speakers and the people around them but they were the exception.

I am sure it would be incredibly challenging for me to cover a liberal conference except that while I disagree with so much of the political and cultural views, I welcome the opportunity to demonstrate there is a way to respectfully disagree and to be courteous to your hosts and those around you.