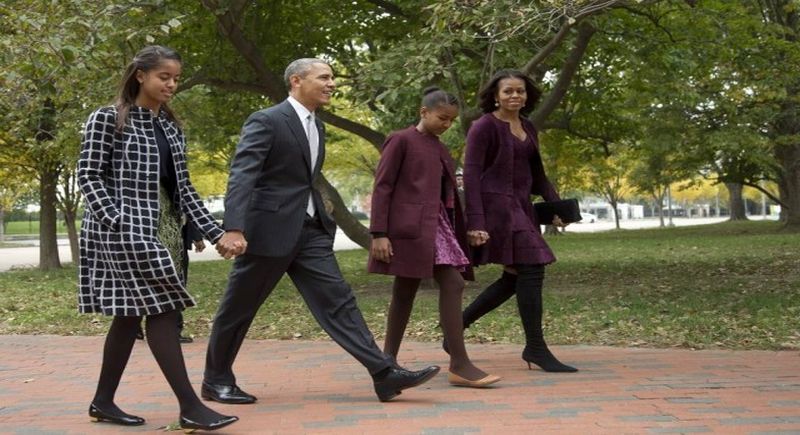 President Obama turned heads when he claimed that climate change had caused childhood asthma in his daughter Malia.

Asserting that he has been personally effected by climate change, the president made a conclusion that make most scientists blush.

“Well you know, Malia had asthma when she was 4,” the president said. “And because we had good health insurance, we were able to knock it out early.”

Climate change apparently causes asthma now, but don’t worry America—Obamacare will save you.

The statement is baseless, but that has never stopped the president from asserting something before. This time, the internet balked and fired back.

Twitter was full of responses from people pointing out the cause of Malia’s childhood asthma was more likely her father’s smoking habit.  The American Lung Association lists second-hand smoke as a major cause of asthma in young people. Obama, a former smoker, should know this.

But I suppose the fact is not politically expedient for the president.

Here’s a small sampling of Twitter’s reaction to the President’s ridiculous claim:

@EdWoodsonshow @MailOnline Yeah…like it had nothing to do with Obama smoking. If he had a brain he would be dangerous.

.@instapundit
Obama blames Global Warming for his daughter’s asthma.
Hey, you know what does cause asthma?
Living with a father who smokes.

What’s more likely the trigger of Malia Obama’s asthma – climate change or the smoke from her Dad’s Kool cigarettes he sneaks every day?

Obama lying and using his daughter to take over our AIR now……his daughters asthma maybe got worse when blew smoke at her? #GlobalWarming

What do you think of this? Was it the President’s chain-smoking, climate change, or some other unknown factor that really caused his daughter’s asthma attack?