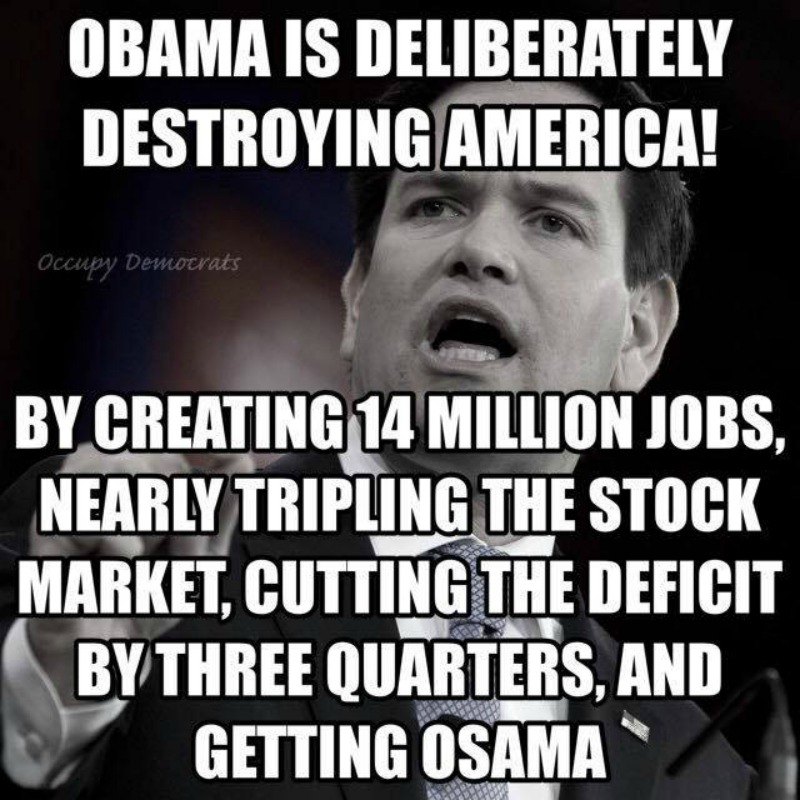 Congress votes on legislation that would actually ease conditions for creating jobs. Under Obama, more job killing regulations have been put into place than under any other President (except maybe FDR).

Of course, Obama never lets a little truth get in the way of the lies he sputters to Americans.

So let’s crush two of these B.S. stories at once. The jobs that Obama claims to create are not manufacturing jobs like he claims, nor are they middle class jobs. They are low-paying part-time jobs.

And Wall Street? Wall Street has been making money hand over fist thanks to Obama printing ‘Monopoly money.’ Main Street isn’t benefiting from this and when Obama’s Wall Street party is over, Main Street will pay dearly for it.

The number of breadwinner jobs—–full-time positions in energy and mining, construction, manufacturing, the white collar professions, business management and services, information technology, transportation/distribution and finance, insurance and real estate—-is still 1.7 million below the level of December 2007; in fact, it is still lower than it was at the turn of the century.

There is no mystery as to how the White House and Wall Street celebrate year after year of “jobs growth” when the long-term trend of full-time, family-supporting employment levels is heading south. Its called “trickle-down economics”, and not of the good kind, either.

What is happening is that the Keynesian money printers at the Fed are fueling serial financial bubbles. This generates a temporary lift in the discretionary incomes of the top 10% of households, which own 85% of the financial assets, and the next 10-20% which feed off the their winnings. Accordingly, the leisure and hospitality sectors boom, creating a lot of job slots for bar tenders, waiters, bellhops, etc.

I call this the “bread and circuses economy”, but it has two problems. Most of these slots generate only about 26 hours per week and $14 per hour. That’s about $19,000 on an annual basis, and means these slots constitute 40% jobs compared to the breadwinner category at about $50,000 per year. Besides that, a soon as the financial bubble goes bust, these jobs quickly disappear.

Here’s an interesting chart from CNN Money as well: 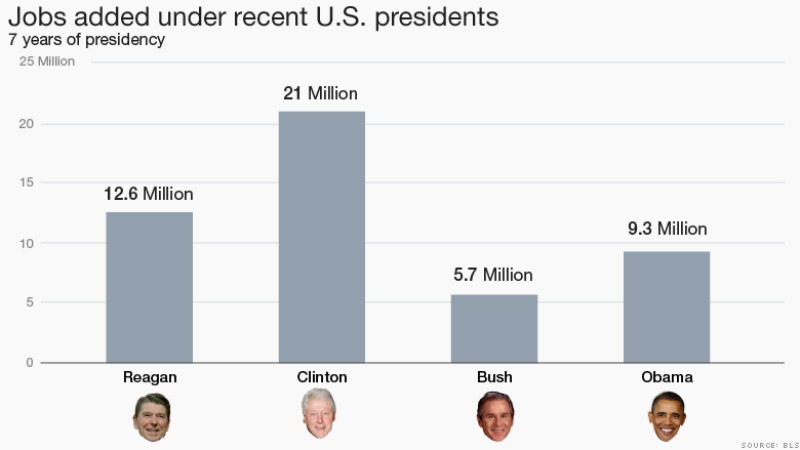 Oh and about that deficit? The deficit under Obama has GROWN to OVER $19 TRILLION. Obama didn’t cut any deficit, he cut INCREASES in the deficit. He is still spending MORE than America has each and every single day. 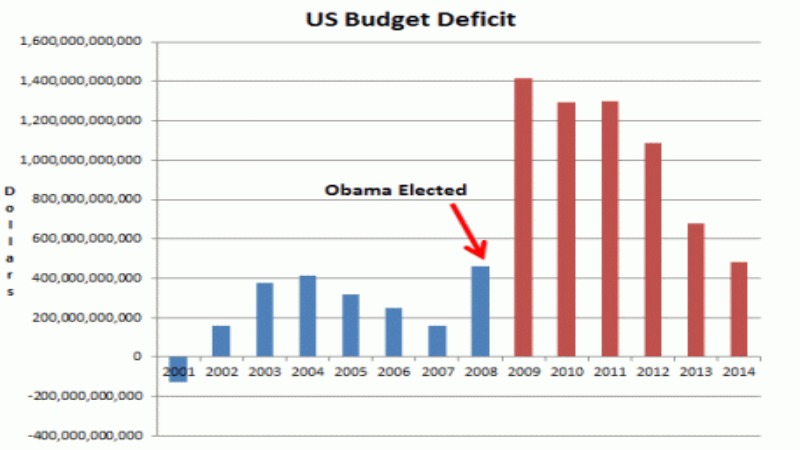 Proof is in the charts and of course the DEBT CLOCK: 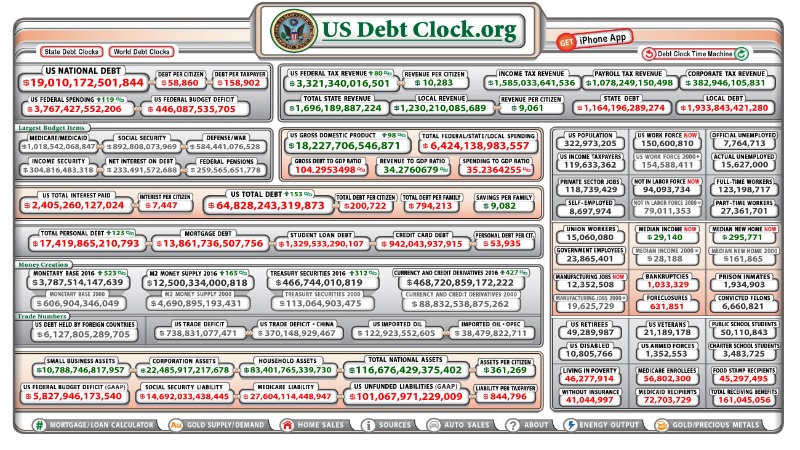 Oh and about Osama. Obama didn’t get him SEAL TEAM 6 did. And it was something that was being worked on long before Obama got into office. Of course, the way Obama tells it you’d think he got Osama with his own bare hands.

And again there are questions surrounding this entire story as well (not that SEAL TEAM 6 didn’t get Osama but that Obama had much to do with it). From Zero Hedge:

Two intelligence sources tell NBC News that the year before the U.S. raid that killed Osama bin Laden, a “walk in” asset from Pakistani intelligence told the CIA where the most wanted man in the world was hiding – and these two sources plus a third say that the Pakistani government knew where bin Laden was hiding all along.

The U.S. government has always characterized the heroic raid by Seal Team Six that killed bin Laden as a unilateral U.S. operation, and has maintained that the CIA found him by tracking couriers to his walled complex in Abbottabad, Pakistan.

The new revelations do not necessarily cast doubt on the overall narrative that the White House began circulating within hours of the May 2011 operation. The official story about how bin Laden was found was constructed in a way that protected the identity and existence of the asset, who also knew who inside the Pakistani government was aware of the Pakistani intelligence agency’s operation to hide bin Laden, according to a special operations officer with prior knowledge of the bin Laden mission. The official story focused on a long hunt for bin Laden’s presumed courier, Ahmed al-Kuwaiti.

Emails regarding the raid have still not been released under a FOIA law suit, even after 4 years.

So, once again, Occupy Democrats and their left wing meme of fantasies about Obama are crushed.