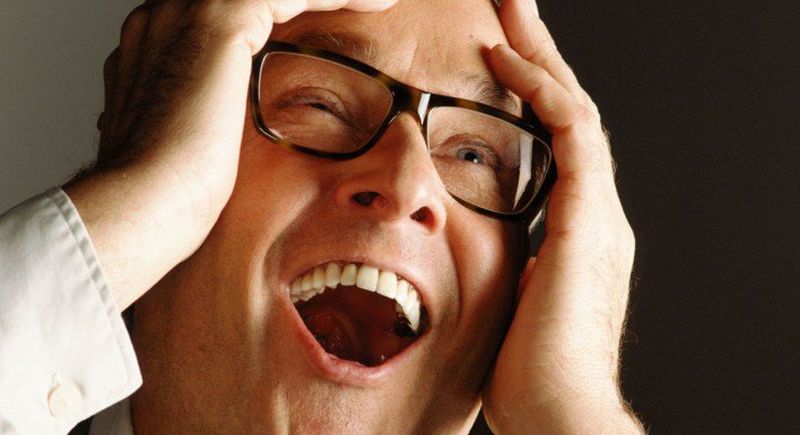 ‘Dad jokes’ are all about terrible puns, ridiculous word-play, and cringe-worthy timing. This list, though, is all about the very best dad jokes around. Yes, these will probably make you cringe. But they might actually make you laugh too! Enjoy.

1. My dad used to carry around a frayed knot in his pocket, just an old tied up piece of rope. Then any time someone asked him something and the answer was, “no”, he would just pull out the frayed knot and say, “ ‘fraid not!” and he would burst out laughing. Nobody else thought it was funny.

2. I’m laying in bed reading a book when my dad walks in with a tape measure. About five feet away from me he stops and starts pushing the tape out to me. It gets closer and closer until it eventually smushes against my cheek.

He responds, “I’m measuring your patience.”

3. My dad hurt his wrist and had to go to the hospital where he talked to a doctor.

Dad: When this heals will I be able to play the piano?

Doctor: Yes, you’ll be fine in a few days.

Dad: Perfect, I’ve always wanted to be able to play an instrument.

4. My dad tells this same joke every time I bring a girlfriend home.

“How do you sell a deaf man a chicken?”

Leans in close, takes a deep breath and screams at the top of his lungs:

5. So recently I’m near our kitchen (but not in it), and my dad is in there by himself. In the middle of the silence I just hear him say “Tupperware? Tupperhere!” And just start giggling to himself. Amazing how they do it even when they’re alone…

6. This was one of the last things I heard my grandad say before he passed away. We were seeing him in the hospital for the last time with our family and at some point my aunt asked who of us want coffee. We counted coffee drinkers among us and my aunt said “Ok, I’ll bring a full tray.”

My grandpa lifted his head for the last time and said, “rather bring that in a cup, it’s so hard to drink from the tray.”

He was pretty amazing.

7. My brother’s wife has been pregnant for five months and decided that they wanted to reveal the gender of the baby at our family reunion of about 40 people. One night, after just finishing up a BBQ, my brother and his wife stand up and announce to the family that they are going to have a little baby girl. Everyone starts cheering, naturally. Once the cheers die down a little I shout out, “Do you have a name for the baby yet?”

Everyone starts to “Ooohhh” and “Ahhhh” and proclaim how pretty of a name it is.

Then after a moment my dad shouts, “How the hell are you supposed to spell Liana with no L?”

8. There’s a big difference between bad jokes and dad jokes. And that difference is the first letter.

9. I’m pregnant at the moment, and my husband told his first dad joke. I was feeling morning sick and so he told our baby: You’re grounded. Go to your womb. I rolled my eyes.

“Where’s your mother, I haven’t seen her ALL YEAR!”

“WOW, we’ve been watching this TV ALL YEAR!!”

11. Once, I was sitting at the kitchen table talking with my mom, when my dad walks in with this mischievous grin on his face, holding something behind his back. My mom turns around and asks him what’s going on. He tells her to close her eyes and hold out her hands because he got her a surprise. At this point my mom gets really excited and asks, “What is it?! What is it?!”

To which my dad replies, “do you remember when we went out the other day and you were looking at those really nice shoes, but you decided not to get them because they were too expensive?”

To which my responds, “ahhhh! Yes I remember!!”

He then says, “well I saw how much you liked them so I decided to get you a pear.”

And he puts a fresh pear in her hands. She still won’t talk to him.

A proud new dad sits down to have a drink with his father.

“Well son, now that you have a child of your own it’s time to give you this…”