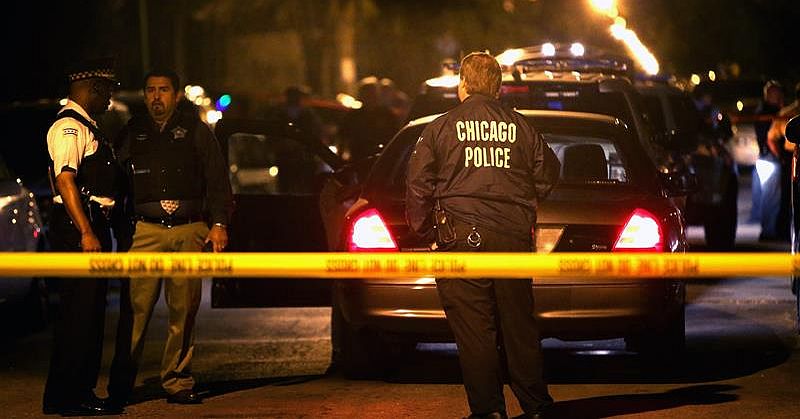 Once again, we have a weekend of bloody death in Chicago.

Just in the last 12 hours of the Halloween weekend, 19 people were shot and six have been killed. And this was just on Saturday alone.

Remember, this is in gun-control Chicago – where the right to defend yourself is practically non-existent.

The first shooting of the weekend occurred at 4:45 Friday afternoon, but it all went downhill from there. Within the next 23 hours, 19 people had been shot.

Chicago is one of the most violent cities in the United States, and it is continuing to become more violent as time goes on.

Every weekend, the local media is full of lists of people who have been shot and killed. But 19 shot within a 12-hour period – and six dead – is actually “above average” for the Windy City, The Blaze is reporting.

From NBC Chicago, here’s their breakdown of just a few of the acts of deadly violence:

A 14-year-old boy was the latest homicide victim early Saturday. At 1:23 a.m., DeMarco Webster Jr. was on the street in the 500 block of South Central in the West Side Austin neighborhood when someone in a dark-colored car shot him in the torso, according to Chicago Police and the Cook County medical examiner’s office. Webster, who lived in the 700 block of South Kedzie, died after being taken to Loyola University Medical Center in Maywood.

At 12:04 a.m. in the South Side Auburn Gresham neighborhood, someone walked up to 25-year-old Martell Turner as he sat in a vehicle in the 1200 block of West 79th Street and shot him in the chest and abdomen, authorities said. Turner was taken to Christ Medical Center in Oak Lawn, where he died. He lived in the 7900 block of South Throop.

Five minutes before that, officers responding to a call of a person shot found a 30-year-old man near 78th Street and South Shore Drive with a gunshot wound to the head, police said. He died at Christ Medical Center. Authorities have not released his name.

Last year, during the entire Halloween weekend, which this year runs through Monday, there were a total of 26 people shot and two killed.

Sadly, we’re sure to surpass those numbers in 2016.