Every administration has the right and the prerogative to have its own appointees in seats of power. We’ve seen this time and time again, regardless of who the President is.

But it’s ONLY when that President is Donald J. Trump that the media loses its collective mind.

For example, the media’s extreme bias is showing when you take a look at what we just dug up: A 1993 letter from former President Clinton’s Attorney General, Janet Reno, to then-Attorney Jeff Sessions.

Attorney General Janet Reno fired 93 U.S. attorneys (holdovers from the Reagan and George H.W. Bush days), leaving only one in New Jersey spared. This was in 1993 – the first year of Bill Clinton’s presidency. 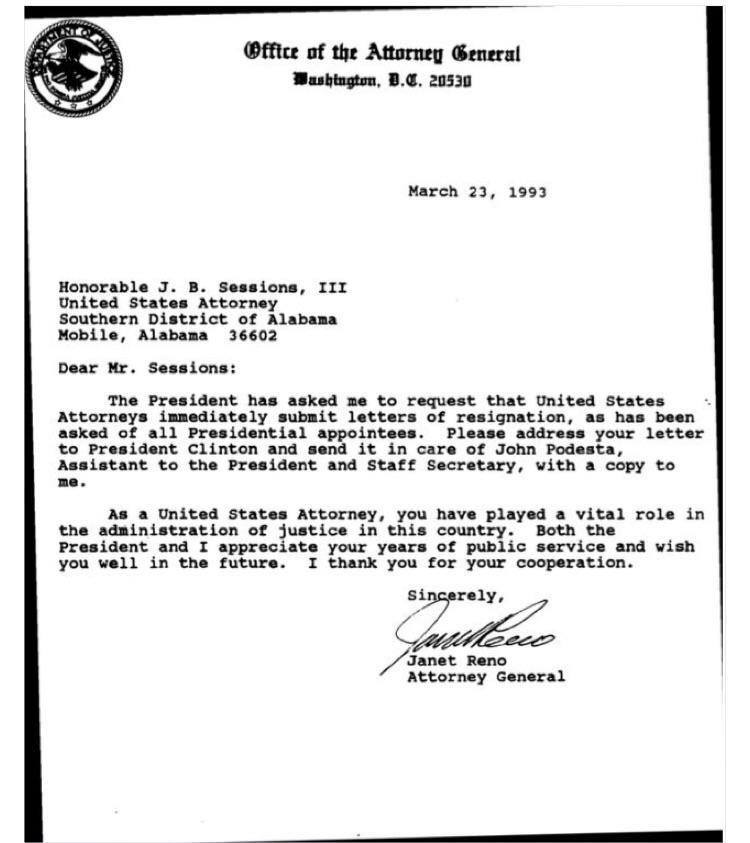 Yes, the Department of Justice just fired 46 US attorneys, and the media would have you believe that this is an outrage, unlike any other.

It’s become customary to treat Trump’s presidency as though everything he does is unique to him alone. Painting that sort of picture allows anger to foster in those who don’t remember the past.

“This could not have been handled any worse”: Anger mounts over DOJ’s firing of 46 US attorneys without warning. https://t.co/YQGYFGVPCI

Forty-six comes nowhere close to the massive firing of attorneys done under the Clinton Administration, yet to the millennial liberals too young to remember, this is just more evidence of how evil the Trump presidency is.

Yet this “breaking news” was expected. Former presidents Bill Clinton and George W. Bush both did the same, as did Reagan.

It is only natural, then, that a president will want his power wielded by his own appointees, whom he trusts to carry out his policy program. And it thus follows that, when there is a transition between administrations that see the world, and the Justice Department’s role in it, as differently as the Obama and Trump administrations, there will be sweeping turnover, carried out rapidly. That is as it should be.

[…] Why would he keep in place Obama’s Justice Department appointees when the first notable action taken by the one of highest rank, acting attorney general Sally Yates, was the insubordinate refusal to defend a lawfully issued executive order endorsed by Justice’s Office of Legal Counsel?

More bias from the Left and hysteria over the commonplace.
Let us know what you think, and sound off in the comments below.