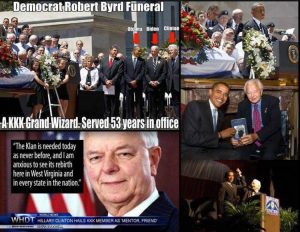 Seth Connell writes leave it to Maxine Waters to say something as asinine as this.

In her latest “Resistance” rally in Los Angeles, at a Community Review Board, Democratic Representative Waters went of an a rant against the Trump administration, specifically against Steven Mnuchin and Ben Carson.

She slammed Mnuchin for overseeing 36,000 foreclosures in the Los Angeles area as a bank executive. Mnuchin previously worked at OneWest, a banking corporation which has previously come under scrutiny for aggressive foreclosure practices.

In addition to slamming Mnuchin’s company for such practices, she also went on a strange loony tirade against Ben Carson. As the American Mirror notes, her rambling amounted to a word spittle that could be heard on any street corner in Los Angeles.

Watch the clip below, as she speaks before the board, ranting and raving against the current administration and white supremacy.

“While the president was defending the white-wing (sic) nationalists and the KKK and all of those alt-right groups that were basically out there in Virginia literally beating and marching and ranting about Jews and black people, etc., etc.”

“But, this is what this Cabinet looks like,” she added, turning to Trump’s personnel, “where we talking about Mnuchin or Ben Carson.”

It’s almost as if they know nothing about Carson whatsoever.

Let me rephrase that… They seriously know absolutely nothing about Ben Carson, and are so blinded by sheer rage that he is disgraced and ostracized for daring to even be associated with Donald Trump.

Perhaps that why his home was recently vandalized?

He wrote this response after the riots and attack in Charlottesville, Virginia. In addition to that attack, a black newspaper in Detroit ran an editorial declaring: “Behold the House Negro.”

Being appointed Secretary of Housing and Urban Development (HUD) and being a House Negro are two different things. It now appears HUD Secretary Ben Carson is imminently qualified to be a House Negro, but remains as unqualified as ever to lead HUD.

This kind of attack on Dr. Carson’s character is nothing short of disgraceful, but what else should we expect from con artists like Maxine Waters and her ilk?

What a sick crowd of people; this kind of mentality is the stuff that tyranny is made of. If you think that Ben Carson of all people is a white supremacist, you’re certifiably out of your mind.