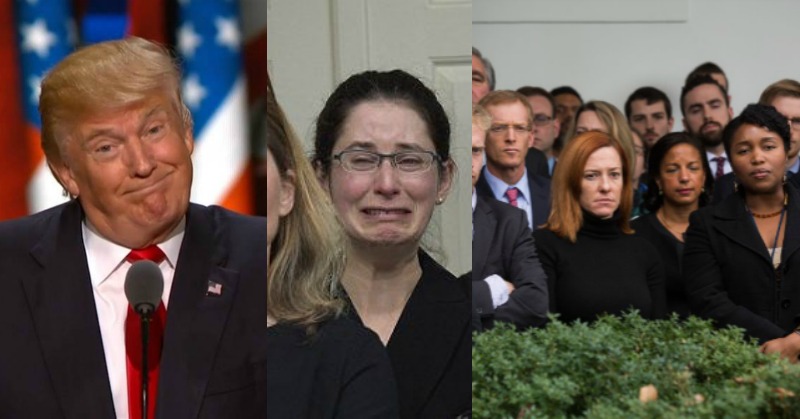 Although President-elect Donald Trump has many jobs to fill, and has already indirectly created quite a few paid positions for liberal rabble rousers, there is one big group that has to revamp their resumes —  around 500 of President Obama’s White House staffers.

Hoping to ensure that his staffers find decent jobs, Obama and his team have brought in representatives from Facebook, Instagram and other companies to offer insights into the job market. Officials from LinkedIn are helping White House staffers identify ways to market their skills.

And Georgetown University, not far from the White House, has designed a custom professional development program dubbed “Future44” — Obama is the 44th president — to teach Obama’s political appointees how to position themselves for life after the White House.

At Georgetown, 271 Obama appointees have already gone through the Future44 program, provided at no cost thanks to an anonymous donor. Participants register for either four 2-hour evening sessions or one 8-hour “boot camp.”

“We designed this unique curriculum to help these staffers think through how to market themselves or market their competencies,” said Kelly Otter, dean of Georgetown’s School of Continuing Studies.

Although many staffers may not have stuck around even if Hillary Clinton was elected — due largely to fatigue and the likelihood that Clinton would want to choose her own team — Trump’s election shut the door on the possibility for more time in the White House for these staffers.

The greener pastures for the outgoing White House staffers is said to likely be the liberal bastions such as New York City or San Francisco, and companies that often cater to millennials such as Amazon, Snapchat, Google, Vice, etc.

White House spokeswoman Jennifer Friedman said, “The transition out of government is a reality for most appointees, which brings both excitement about prospects for the next chapter or a long-awaited chance to recharge batteries, and a keen awareness about a big, impending change.”

“I tell everybody: You have to understand there’s likely nothing you will do professionally that will have the same amount of excitement you’ve just gone through in the White House, unless you become a racecar driver or an astronaut.”

If they’re feeling a little depressed, perhaps President Obama can provide coloring books and Play-Doh for the staffers like the other Leftists across the country have turned to who have fully reverted back to the terrible twos in response to their defeat. That’s in addition to the overgrown, angry toddlers who are engaged in rioting, violence and paid rabble-rousing…

Anywho, good luck to you all — it’s time for the Trump administration to get in and undo the damage you guys did. Oh and Obama has touted the massively misleading unemployment number as if there are plenty of jobs out there (seriously…) so no need to fret right?