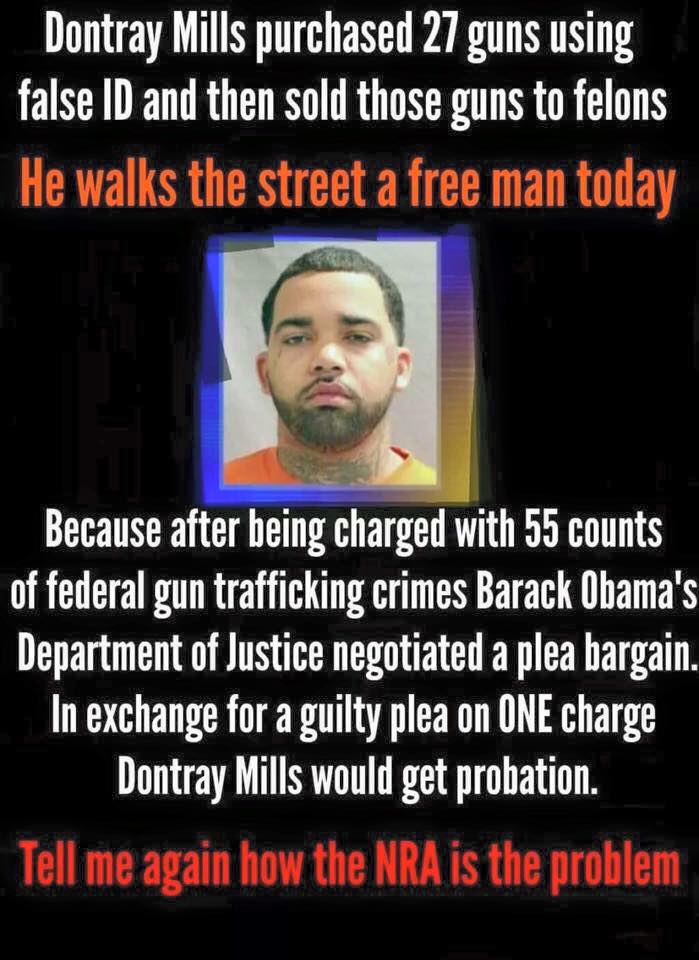 It should come as no surprise that the U.S. Sentencing Commission has enabled the early release of 6,000 inmates at the end of this month, after changing its rules last year to reduce federal sentencing guidelines by an average two years, and making the rules retroactive.

What may raise alarm bells is that despite all the high-fives and accolades for a more humane sentencing structure, the Sentencing Commission guidelines aren’t specific to non-violent drug offenders (though a majority of individuals who will be released are imprisoned for drug crimes).

In other words, a whole swath of people benefiting from the early release aren’t the misguided derelicts who are “worthy” of seeing a “right” to two “wrongs” — early release after 1) having committed a mild offense and 2) having been “over-punished” for it.

The criminals now entitled to catch a break include sex and child pornography offenders, identity thieves, and “armed career criminals.” You know, just the kind of folks the Justice Department should go out of its way to help.

Petitions for release must still be made to federal judges. Petitions will be handled by federal public defenders. The Washington Post notes that the move frees up overcrowded federal prisons, whose costs account for one-third of the Justice Department’s budget. No word on how it will tax the court system.

The move to lower sentencing guidelines is supported by everyone from the Koch Brothers Institute to the #BlackLivesMatter crowd. Supporters say that in many cases sentencing guidelines exceed mandatory minimums. They note that the decision doesn’t mean that offenders won’t be sentenced, just that the minimum and maximum sentences will be lowered.

The Sentencing Commission’s unanimous decision preceded action by the Senate —  announced in a bipartisan conference last week that included Sens. Corey Booker, D-N.J., and John Cornyn, R-Texas — to bring to a vote legislation acknowledging that mandatory minimums are out of vogue. The new bill addresses mandatory minimums as part of a larger set of criminal justice reforms.

Wonkblog notes that reducing mandatory minimums is supported by large majorities on both sides of the aisle.

Repeat after me: Sentencing reform is a bipartisan issue http://t.co/2CIFzdIcqS pic.twitter.com/tCy8iGRx9Z

But don’t conflate the two strains of activity going on here. Letting out the kid who got 10 years after being nabbed for carrying a bag of dope across the projects yard is not what’s being “corrected” by the early release of these prisoners.

Indeed, 2,000 of those who will be released are illegal immigrants who will allegedly be repatriated to their home countries. So even if the majority of them are in jail for non-violent drug offenses, they were illegal in the first place. Apparently, this carried no weight in their sentencing. Noteworthy also is that 30 percent of all federal sentences are given to illegal immigrants, who are responsible for 75 percent of drug possession cases.

The Sentencing Commission’s decision to reduce sentence guidelines — made last year, but whose implementation was held off until now — was roundly criticized at the time by the National Association of US Attorneys. NAAUSA noted that those qualifying for mandatory minimums for drug penalties must first meet a minimum drug quantity threshold. In the case of heroin, for instance, that’s a street value of $100,000.

Certainly, someone carrying $100,000 worth of heroin has never been involved in anything but the non-violent sale of drugs. So maybe the sentencing guidelines were intended to work like nabbing a gangster for tax evasion. You know he has done worse, but he is going to pay for what he can be convicted for doing.

NAAUSA published a myth sheet this July, noting that even if the federal cases are solely about drugs, treating these offenders as “non-violent” overlooks the toll the drug trade takes on communities trying to maintain some semblance of order.

NAAUSA also notes that in an era of police-hating, this isn’t going to help law enforcement officers.

“The impact of these early releases is certain to inflict greater strains upon law
enforcement efforts to preserve safety and dismantle gangs and drug trafficking organizations.”

While only a small fraction of the overall population qualifying for mandatory minimum penalties ever receives the mandatory minimum, NAAUSA points out that a strong deterrent to get out of serving a mandatory minimum is to COOPERATE with police. So reducing sentences in the guidelines also means reducing the incentive for offenders to work with police to eliminate the harm plaguing the communities where they contributed to the chaos.

While the feel-good crowd thinks that sentencing rules are an overreaction, and while admittedly, a few people whose only wrong was dealing drugs, strict guidelines served a higher purpose — “rehabilitating” those who were only able to see the impact of their crimes through the length of time served. In a society of moral relativism, where anything goes, that deterrent is gone now too.