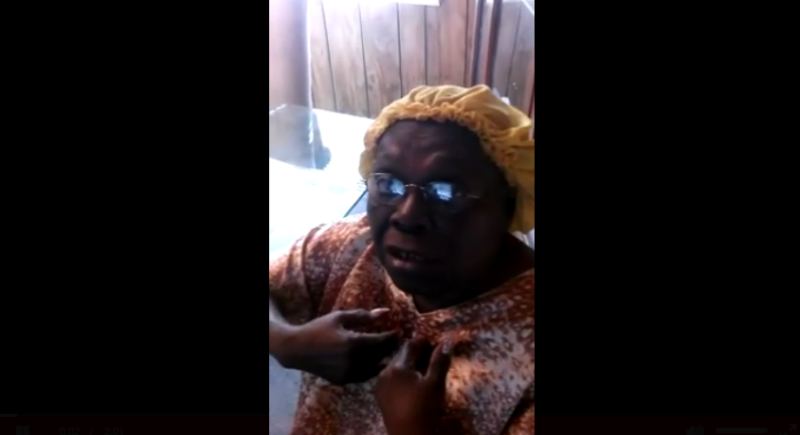 A video of a 72-year-old southern black woman’s tirade against modern women, lazy men, and people living off of welfare is catching fire online.

“We had mothers to raise us, they raised us to be women and raise our own children!”

The woman, who is called Mother Agnus by the man filming the rant, is full of opinion. While some would call her notions old-fashioned, the quick tongued, feisty woman with traditional values is resonating with internet users.

“I’ve been working since I was 7, I’ve been raising children since I was 5. I’ve been cooking since I was 4 and a half. These women today, all they know about is McDonald’s and fast food. They ain’t know nothing ‘bout cooking and feeding no man. A way to a man’s heart is through his stomach, get your behind in there and cook! Feed him, and make sure he gets up off his butt and go to work.”

She also chastises lazy men and people who live off of entitlements.

“I’m 72 years old and I still don’t mind working! I ain’t scared of work. [Welfare recipients] stay in the system and use up the elderly’s money.”

While her attitude may seem antiquated, the popularity of the video shows those traditional values still resonate with many Americans. Perhaps, like Mother Angus, people are getting tired of having liberal social values shoved down their throats.

Do you agree with Mother Agnus?