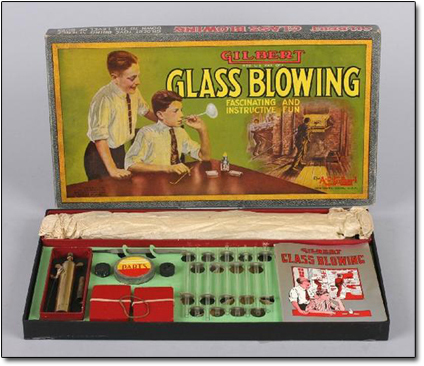 Keep in mind that in order to be able to change the shape of the glass, first it has to reach its softening point, which is around 1,000 degrees Fahrenheit. The Gilbert Glass Blowing Set encouraged children to try this with their bare hands in order to carry out a series of wildly irresponsible experiments… 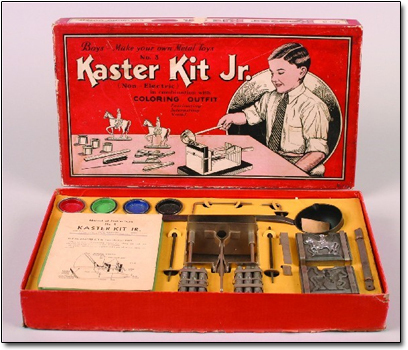 Gilbert’s Kaster Kits (yes, Gilbert, the same people who gave you the glass blowing kit) allowed you to create your own army of tiny metallic minions … which sounds kinda awesome until you realize it involved casting them from molten lead by yourself. 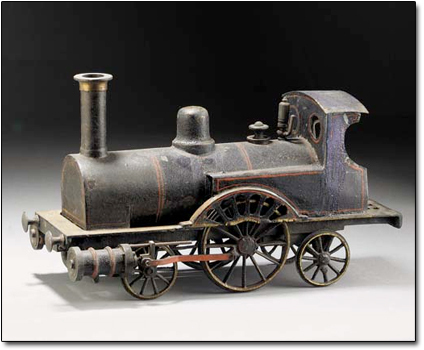 In 1843, realizing that boys might want a toy train that did more than just sit there, the Stevens Company created the Model Dockyard Locomotive, one of the first ones that actually moved. Of course, the main reason why toy trains didn’t move up to that point was simply that the technology didn’t exist. The Model Dockyard Locomotive got around that limitation by using a real steam-propelled engine that required kids to pour either kerosene or alcohol into the train and then light it. 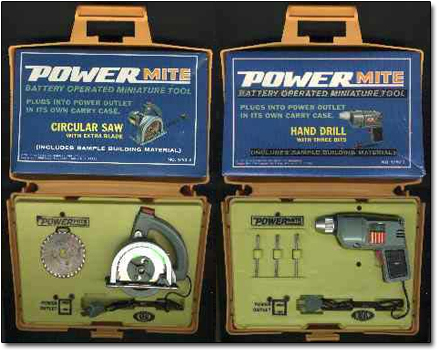 [T]hese were actual working tools made of die-cast metal, only recognizable as a children’s product due to the fact that they were smaller. 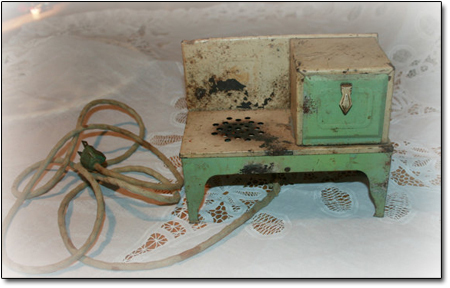 Yeah, the burn marks on that toy pretty much say it all. That’s an electric toy stove from the 1930s or ’40s that could actually be plugged in and heated up, which isn’t just dangerous, it’s also completely pointless. What are you supposed to heat in there, a canape? Some peanuts? Your brother’s mutilated hamster? 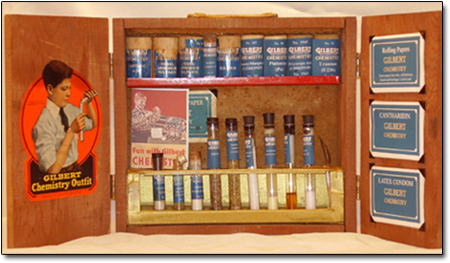 There’s that Gilbert guy again. This may look like a pretty safe (boring) science kit, but among the 56 chemicals included in the Gilbert chemistry set was some potentially deadly stuff. Like potassium permanganate, which, besides being poisonous, has been known to make things catch fire. Or ammonium nitrate, the same chemical that the U.S. wants to regulate now because it’s used in homemade bombs. All that came in the same box — at no point in history has being a young nerd on his birthday been so dangerous. …

The manual itself taught kids how to create explosions with gunpowder — on the first page — and the sole safety feature consisted of a single line telling them not to attempt the same experiment on a larger scale … which only served the purpose of informing kids that this was a possibility. 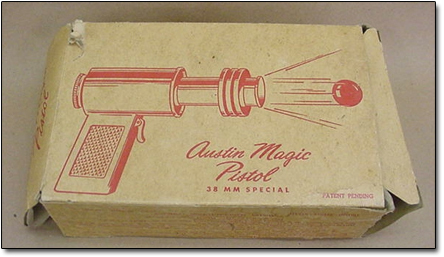 So how did it work, was there a loaded spring in there or something? Nope, the balls were fired by mixing “magic crystals” and water in the back of the gun — and by “magic crystals” they really meant “dangerous chemicals,” of course.

Calcium carbide is on all kinds of hazardous materials lists because when it comes into contact with liquid, it forms a flammable gas. This isn’t some unforeseen side effect the makers of this toy could have never predicted — it’s exactly how those freaking balls were fired. There was a literal explosion happening in the back of the toy gun every time your gentle child fingers pressed the trigger, which would launch the ball up to 70 feet away. 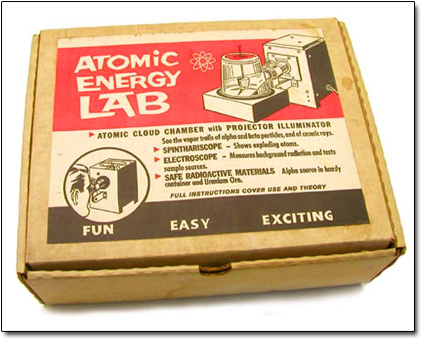 [T]he Atomic Energy Lab kit produced by the American Basic Science Club came with real samples of uranium (which is radioactive) and radium (which is a million times more radioactive than uranium). Since the mere presence of radioactive material in a children’s product clearly wasn’t insane enough, some of the experiments detailed in the manual also required kids to handle blocks of dry ice. Dry ice, by the way, has a temperature of minus 109.3 degrees Fahrenheit, and it’s recommended that it only be handled while wearing gloves (none were included).