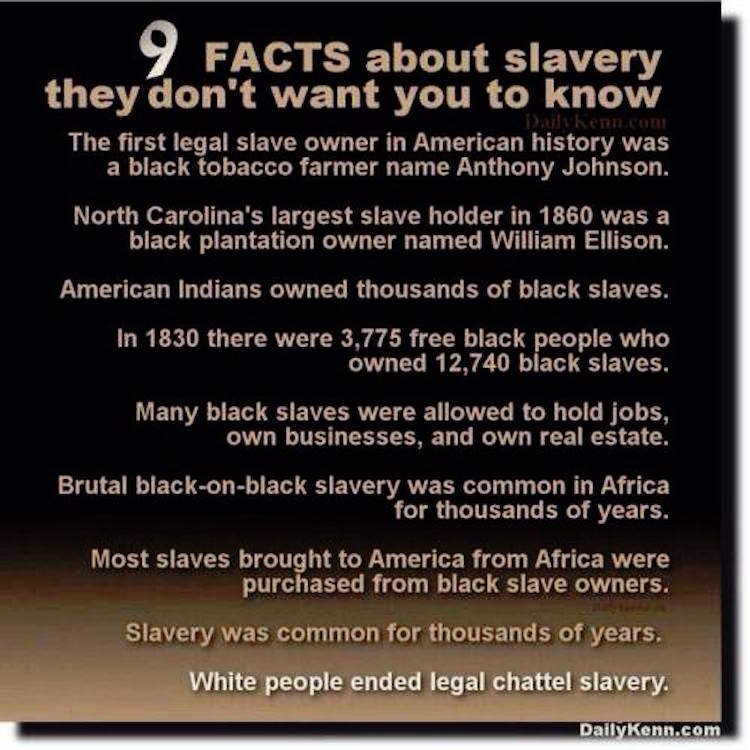 C.E. Dyer reports on a ridiculous, race-baiting bill that keeps cropping up in each Congress over at least the last twenty years courtesy of Rep. John Conyers (D-MI) that proposes reparations for black Americans because of slavery.

Members of the Congressional Black Caucus and other Democrats this week re-introduced legislation that would set up a commission to consider whether reparations should be paid to black Americans for slavery.

A description of the bill said the legislation would set up a commission to both examine the possibility of reparations, but also an apology for the “racial and economic discrimination against African-Americans.”

Conyers’ new bill wasn’t released as of Wednesday, but the version of the bill proposed last year found that 4 million blacks were enslaved in the U.S. from 1619 to 1865. It said the commission would examine the entire history of slavery, and then make recommendations on whether the U.S. government should apologize for slavery, and whether reparation payments are warranted.

The bill is said to be a response to the “fundamental injustice, cruelty, brutality, and inhumanity of slavery in the United States.”

Now, I’m going to go out on a limb and say that it’s this kind of crap that ensures that we will never get anywhere near real equality and keeps racial divisiveness alive in this country.

This idea rears its ugly head here and there, and it’s just as ignorant every time it does.

While there’s no doubt that slavery was and is a terrible thing, it isn’t unique to black people. I know Leftists and black Americans often think that it is, but they would be wrong.

Slavery has touched the lives of — if not all — a vast majority of people in the world throughout history and still occurs today.

Moreover, not a single black person alive today was ever a slave. It is pathetic and absurd to try and appropriate the experiences of your ancestors as if they were your own and to blame those who never had slaves — and whose ancestors likely may not have had slaves as most white people did not.

The sad part is that when it comes to groups today that claim to push for equality, the reality is that they often don’t want equality, but rather supremacy and hand-outs. Everyone always owes them something.

What the perpetual victim class doesn’t want, however, is to be faced with facts or responsibility.

To the Congress members that think this is a great idea — hopefully you factor in all that black Americans have gotten from affirmative action/special treatment, and are able to have the opportunity to live in the greatest country on the face of the earth with more opportunity than anywhere else.

Compare that to the fact that no one whining about this has ever been a slave and let’s see where the math pans out — hint, the numbers amount to them not being owed a damn thing.