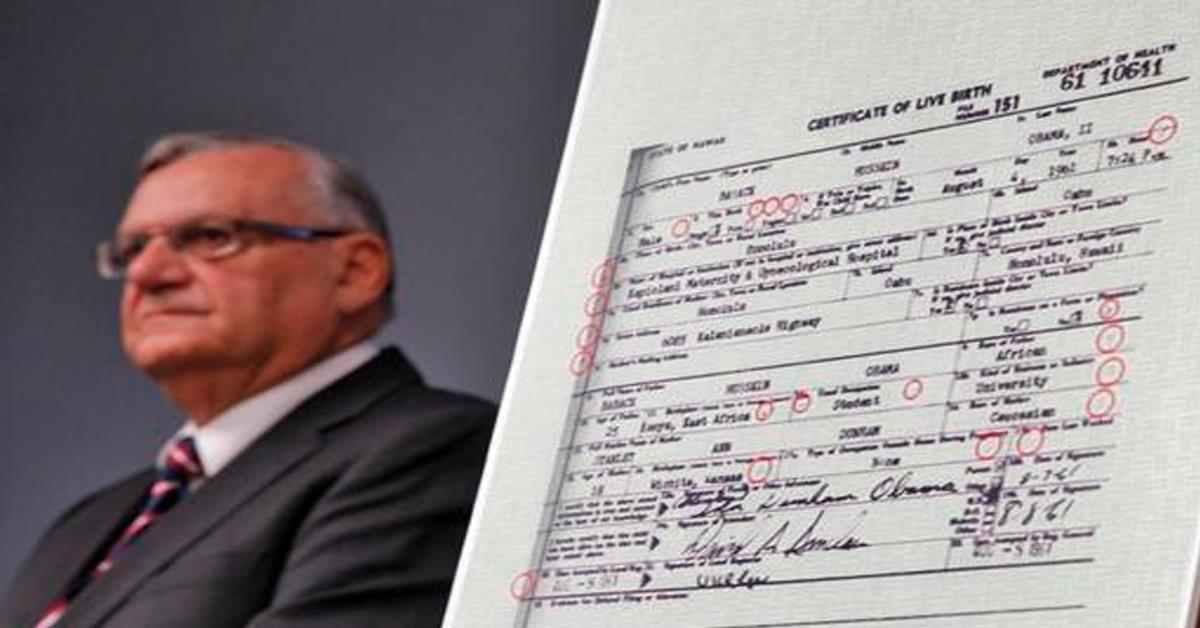 In a blockbuster news conference Thursday in Phoenix, Sheriff Arpaio revealed that five years ago, he launched an investigation into the president’s birth certificate.

Nearly half a decade later, his lead investigator, Mike Zullo, has determined that the certificate allegedly contains “9 points of forgery” and was created by copying and pasting information from the legitimate birth certificate of a woman born in Hawaii.

Speaking to reporters Thursday alongside Arpaio, Zullo “stressed that the theory was supported by two experts on two separate continents,” according to USA Today.

To see the full 30-minute news conference, play the button below:

“We and anyone else who dared to question the document have been maligned, falsely labeled and grossly criticized,” Arpaio noted during the presser, his point being that the media should have never doubted his concerns about Obama’s birth certificate.

Whether there was any legitimacy to the sheriff’s latest claims, however, was dubious given that according to ABC News, officials from Hawaii have “repeatedly confirmed Obama’s citizenship.”

Even President-elect Donald Trump had given up on the birther issue, admitting earlier this year during the campaign season that President Obama had indeed been born the United States and was therefore both a legitimate citizen and president.

This has clearly not stopped Arpaio from holding on tight to the theory that perhaps President Barack Obama was not born in the United States.  Nor has it stopped others from supporting his claims.

Take for instance Jerome Corsi, Ph.D., a WND writer who has reportedly praised Arpaio and Zullo for having “done the United States a heroic service demonstrating by forensic analysis that the long form birth certificate produced in a White House news conference on April 27, 2011, as Barack Obama’s authentic birth certificate is a forgery.”

Considering that Obama will soon be America’s ex-president come Jan. 20, one wonders though whether this long investigation was even worth the effort in the first place. While it may perhaps be true that his birth certificate is a fake, what difference does it make this late in the game?