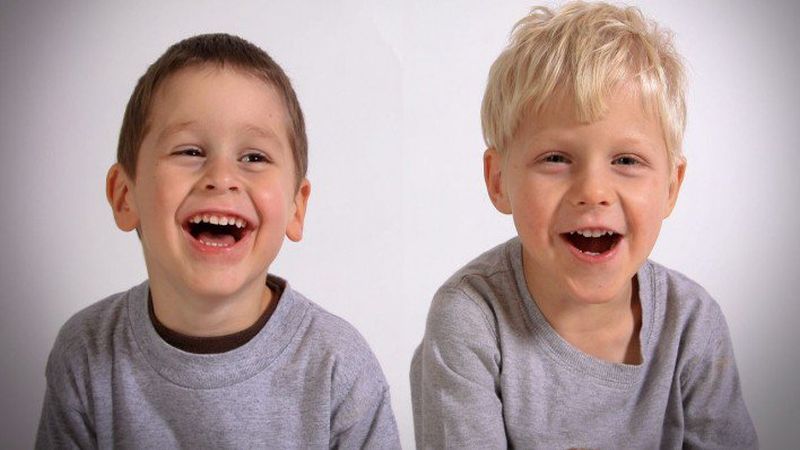 Sometimes, children can be the source of a surprising amount of wit and hilarity. These jokes told by young kids might surprise you!

My daughter recently told me this joke…

Her: Why did the chicken cross the road?

Her: To get to the ugly guy’s house.

Her: It’s the chicken.

My youngest daughter, she tells jokes a lot and I love her jokes. She invents them, she doesn’t steal other people’s stuff.

Her jokes are great because I don’t know what’s going to happen.

You know jokes after a while. Someone starts a joke, you know what’s going to happen, but not hers.

Here’s a joke she told me the other day. She said… “Who told the gorilla that he couldn’t go to the ballet?”

Right away I love this, this is a great joke. I don’t know this joke!

And she said, “Just the people who are in charge of that decision.”

My 4-year-old girl: Why did the chicken lay an egg?

Her: To make food for her babies!

Me: Honey, that joke is darker than you think it is.

I don’t know if my daughter heard this one or came up with it, but she laughed about it for hours.

“What did the farmer say when his hay started blowing away?”

My little girl loves terrible puns, I think she gets it from her mother.

She said this to me: Why did the table love playing volleyball? Because it was always getting set!

I’m not even sure if my son meant for this to be a joke, but it made me laugh pretty hard:

Me: “Did you finish your grilled cheese?”

Son: “Wait! I have to go hide my grilled cheese!”

Recently, I said to my wife about some extreme rain, “It’s nearby, but it’s only happening in isolated areas.”

My 5 year old daughter suddenly asked, “Will there be penguins?”

We stopped talking and asked what she was talking about. She replied, “If it’s isolated, will there be penguins?”

We sat there wondering what she could possibly be talking about. Then she added, “Penguins like the ice.”

My wife and I cracked up laughing, then explained what isolated means.

I didn’t know children were into anti-jokes too…

“What happened when Smokey the Bear started the forest fire?”

“He got arrested, as he should have been.”

I tried this joke on my son, it didn’t go so well.

Me: Someone told me you talk like an owl.

Me: No, someone told me that you talk like an owl.